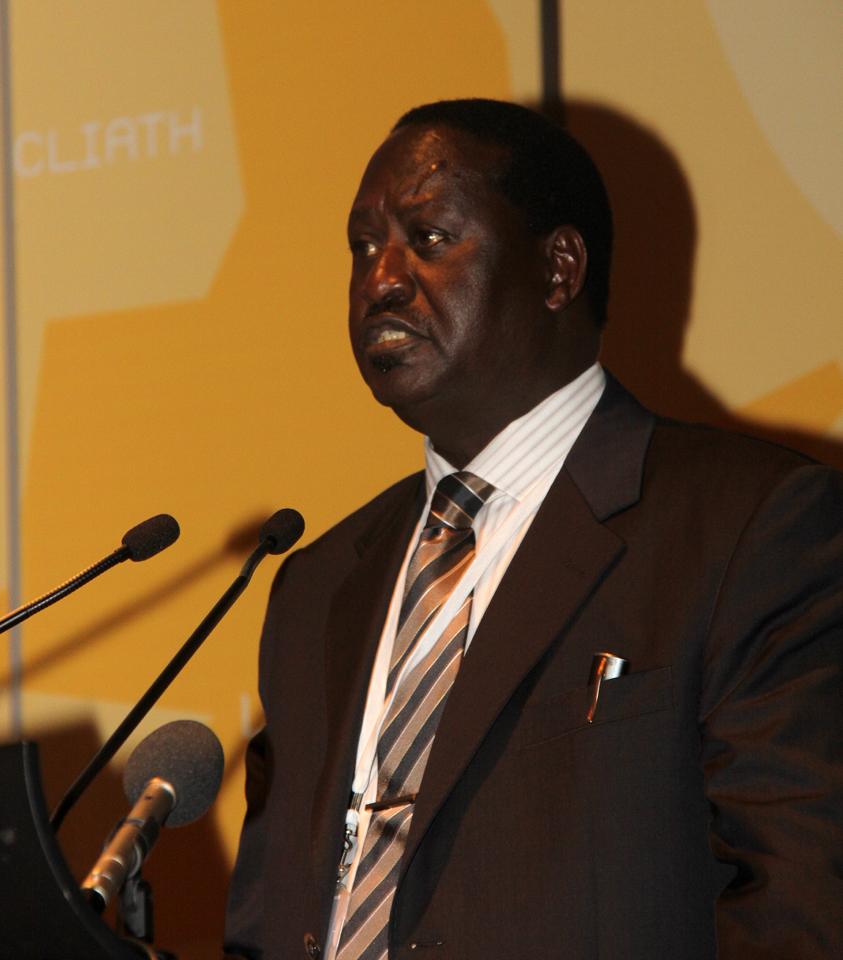 Months after losing the presidential elections to Jubilee candidate Uhuru Kenyatta, former Prime Minister Â Raila Odinga left the country to deliver an address to students and faculty at the University of Pretoria, South Africa.

The Speech, titled ‘Sustaining Democracy’s Future in Africa: A Challenge to the Next Generation’ remains one of the greatest political speeches delivered in Africa soil in the past 100 years.

It is always an honour for me to have the opportunity to discuss a subject that ever-remains so close to my heart: democracy, particularly with special reference to my continent, Africa;

For some people in this audience, democracy in Africa could be mere theory; safely commented upon and discussed from the safe confines of the academia or a conference setting.

For some of us though, it has become life; real life.

At your age, my generation of Africans believed there was only one threat that, once conquered, everything would be fine on our continent.

Growing up in the Africa of the 1950s and 1960s, we believed that once colonialism was defeated, the future would be bliss.

While today we repeatedly say Africaâ€™s future belongs to its young people, in the Africa of pre and immediate post independence period, the present and the future were in the hands of the revered founding fathers. We deeply trusted the founders of our newly independent nations.

The idea that after independence, Africans could once again take up arms, return to the streets and even to the bushes to fight fellow Africans who were taking over the reigns of power from the colonialists was extremely remote.

Independence had come. The leadership comprised those who had fought for basic freedoms of expression, speech, association and movement.

They knew the pain of being discriminated against on the basis of tribe, race, religion and place of origin. They would not commit such sins against their own people.

Today, we know we were wrong. The struggle that the African people have had to endure in the years after independence have been as vicious as, sometimes more vicious than, the ones they waged against the colonialists.

It was a struggle laced with the pain of being betrayed by a brother, an uncle, a father, a neighbour, and a friend. Where were we to turn?

This is the reality this generation of Africans here in Pretoria and across the Continent have to face. We must never trust individuals. Only institutions count.

Even more importantly, we bequeath to you that the reality that freedom, as President Ronal Reagan said, is never more than a generation from extinction.

It must be fought for, protected, and handed on to the next generation to do the same, â€œor one day, we will spend our sunset years telling our children and their children how it was once like in a land where men were free.â€

Let a young Kenyan, Zimbabwean, Sudanese, South African or Ugandan not say â€œthe environment is so bad here, let me struggle and get out to Britain, the U.S, France or any other countries where systems seem to work.â€

You have a rendezvous with destiny. To protect democracy, the youth of Africa must reinvent the spirit of patriotism that informed our struggle to be free.

And by patriotism, I donâ€™t mean blind obedience. I mean a deliberate effort by the youth to treat their countries as the last heaven on earth where if they lose freedom, there is nowhere to escape to.

You have the responsibility to tell those in power that the first duty of the government is to protect the people, not run or ruin their lives.

So do what Reagan told us: â€œWhen you canâ€™t make them see the light, make them feel the heat.â€

Engage in the affairs of your nation and your parties. Retreat and surrender are never options.

Leaders, elders and pioneers; whether in government or out have a duty to keep empowering the youth, support their education, strengthen their grassroots networks and help them keep the flames of liberation burning.

Your generation is coming up well aware that the single goal we were made to pursue; that of throwing out the colonialists, was not good enough.

We know the colonialists left, but in a number of places, secret admirers took over from where they left.

This generation is therefore confronted with two paths and two realities. One reality you must grow up with is that the struggle in Africa continues.

You must know that without securing the basic freedoms, you are on a path to conflict, bloodshed, underdevelopment, poverty, racism, tribalism and religious intolerance and strife.

The other path will lead you to more democratic space, more opportunities more freedoms. It is the path to take.

Let me conclude by reminding you that there still remain forces that want to perpetuate impunity in the continent.

They scheme to scuttle the free expression of the popular will by ensuring that even the most expensive electoral technology must fail in African elections.

They endorse fraudulent elections, even where all other facts point to the contrary;

They ensure that even judicial decisions are compromised and a far cry from basic sense of natural justice and expectations, and;

Who knows, they will ensure that any remnants of true African liberators are gagged, hounded and tormented to their graves;

I remain optimistic and emboldened by faith; that with your engagement, propelled by the history you have been eye witnesses to, Africa will triumph; the goodness that God intended for all of us will triumph over all evil;

And as I said as Prime Minister, Africa remains the next frontier for genuine economic hope, peace and prosperity.