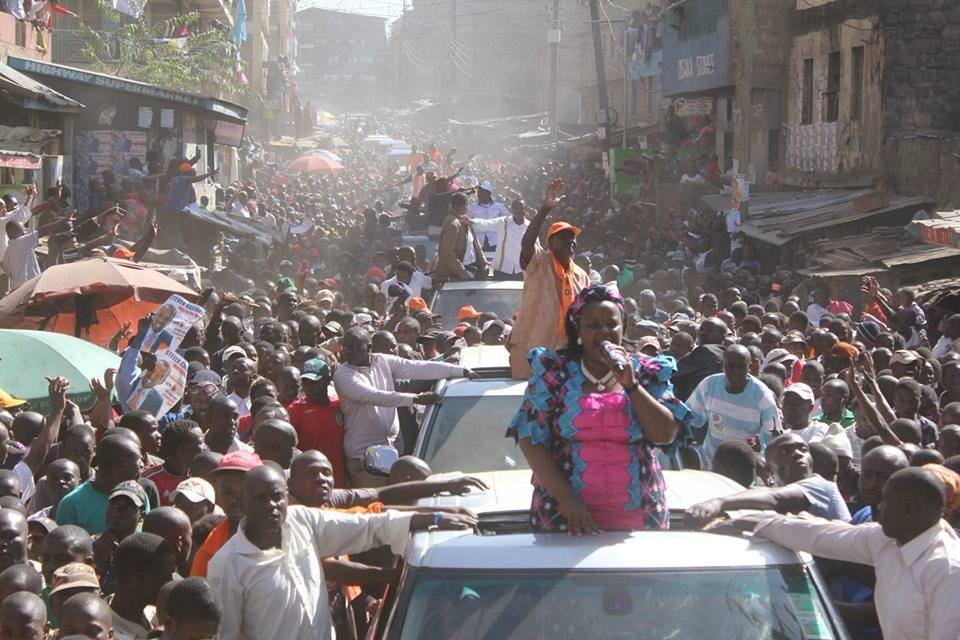 There are rumours that a prominent Jubilee senator is funding the purchase and destruction of voters cards from CORD strongholds in the Constituency.

Raila said Coalition for Reforms and Democracy (Cord) is going to collect five million signatures in the next two or three weeks to push for a national referendum.

Mr Odinga said after the government failed to honour the opposition coalitionâ€™s call for national dialogue, the other option was referendum.

â€œWe will collect five million signatures and we will follow the law in whatever we do,â€ Mr Odinga said and asked the government to stop claiming there wasnâ€™t enough money for the plebiscite.

He and his Cord co-principals Kalonzo Musyoka and Moses Wetangâ€™ula said they would not be deterred in their efforts.

The leaders said they had put a plan in place to gather the signatures ahead of the plebiscite and demanded that the government prepares itself to fund the poll.

â€œThe government should stop panicking and wait for the questions which we will present to Kenyans during the referendum,â€ Mr Odinga told Cord supporters at Huruma Grounds in Mathare, Nairobi.

Mr Odinga said the questions to be put for referendum would include those touching on devolution, security and elections.

He at the same time criticised President Uhuru Kenyatta for â€œdemanding respectâ€ from him (Odinga) and asked the Head of State to â€œearn your respectâ€.

â€œI respect him (the President) and I also respected the courtâ€™s decision (on the presidential petition in the Supreme Court). The President should stop demanding that I respect him, he should earn his respect.â€

Mr Odinga asked Mathare voters to come out in large numbers and vote for Mr Kariuki in the August 7 mini-poll.