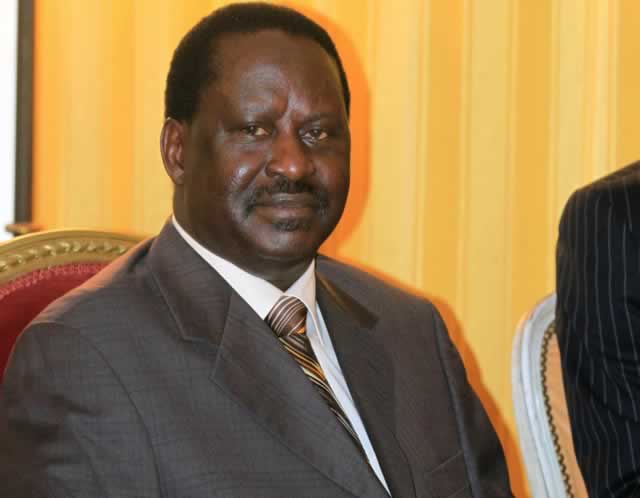 JUST IN: Prime Minister Raila Odinga gives elders three days to decide whether he will contest the upcoming Senatorial by election in Homa Bay County. The meeting held at Opoda farm, Raila rural home was attended by amongst others ODM chairman John Mbadi, Homa Bay women rep Gladys Wanga among other ODM MPs

Hon Mbadi said the last communication whether raila will vie to be communicated on Thursday next week. The decision meeting to be held in homa bay town to be attended by elders and the branch ODM party officials. Raila is set to attend the meeting.

CORD supporters have however INSISTED that Raila was above the senate and should focus on the 2017 presidetial campaign than senatorial duties. As the official CORD leader PM Odinga is much more powerful than Homabay senatorship.

Homa Bay county electorate have already indicated that they have willing and able sons and daughters to take over the seat left vacant by the death of senator Otieno Kajwang’.

Among the current front runners is Raila’s top aide Silas Jakakimba who has already been endorsed by the Suba elders and other local leaders, Hilary Alila and businessman Fred Rabongo.