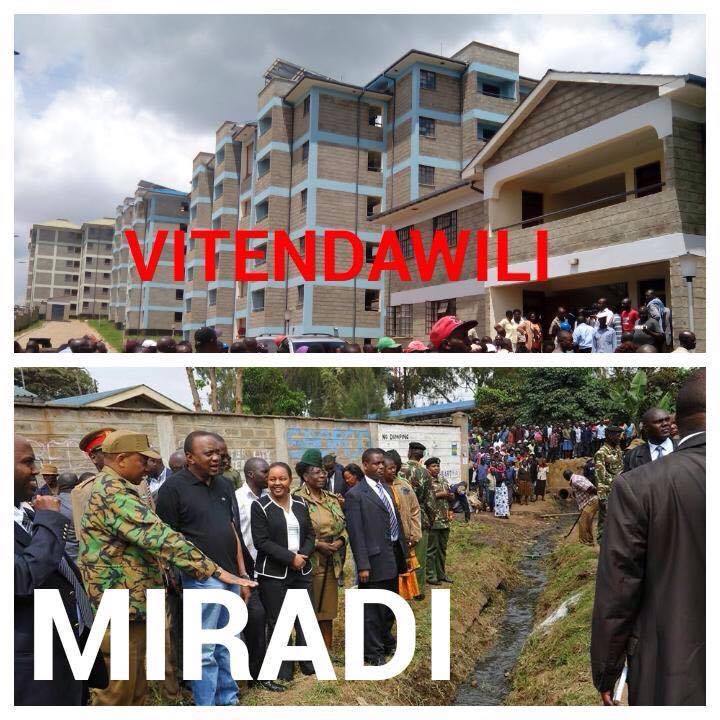 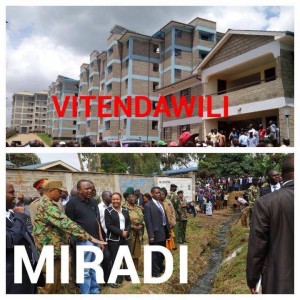 Youth in Kibera immediately summoned CORD leader to the project and said the project was already launched by Raila Odinga and does not need another relaunch.

During The Railas inspection of the project., The youth asked Mr Kenyatta to concentrate on the 5 stadiums he promised Kenyans, Wifi in all major cities, mechanised agriculture, Free University Education, modern ferries for Likoni residents within 100 days in power, Free milk for primarily kids in 100 days in power, free laptops among other promises that have since been abandoned.

A question that came into the minds of many as Kenyatta continues smiling to the cameras at every opportunity including launching mosquito nets and matatu fares cards things that can be left for Governors MCAs and Cabinet secretaries is WHEN WILL MR KENYATTA PUT JUBILEE MANIFESTO AND TO IMPLEMENTATION??