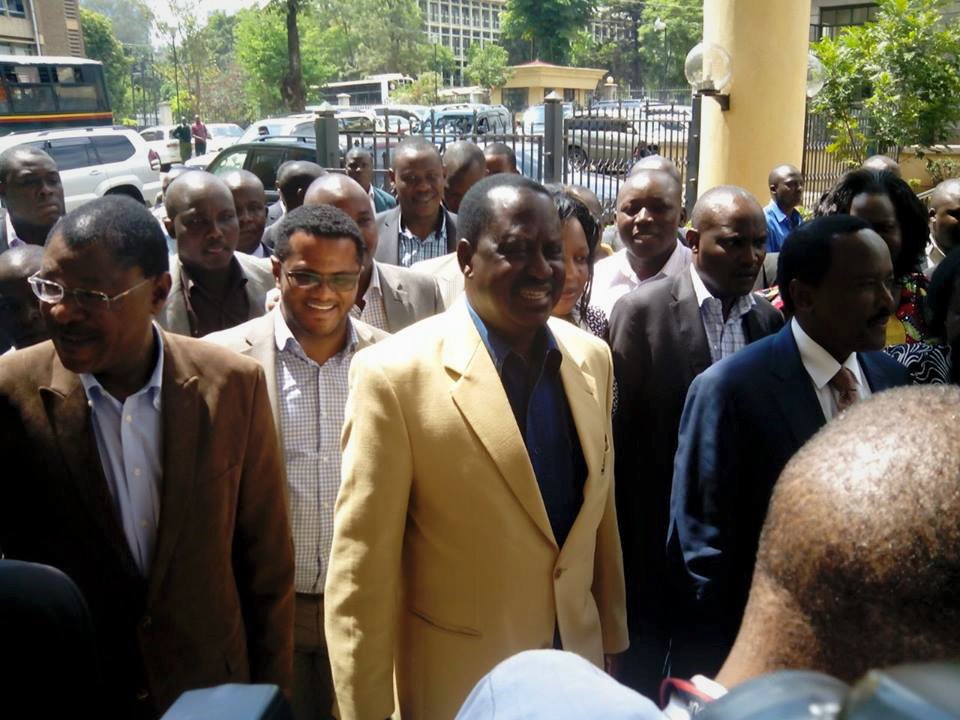 Live pictures from the court by Jim Bonnie
Former Prime Minister Raila Odinga and CORD leader Raila Odinga has arrived at the high court in Nairobi seeking to halt the just signed security laws that have been analysed to be draconian.

The CORD lawyers will be seeking to have implementation of the new law suspended until the dispute is heard and determined.

Passage of the new law has caused sharp division between Cord and Jubilee coalitions, with Cord leader Raila Odinga terming it a strategy by Jubilee to abolish opposition parties and re-establish a one-party state.

The new laws were not about security, but aimed at stifling the opposition and human rights, the former Prime Minister said.

â€œKenyans must see the bigger picture. Jubilee is determined to undo the Constitution and bring back the old constitution through the back door. The path to dictatorship in Kenya has always began with administrations seeking and giving themselves powers that the Constitution denied them,â€ he said. 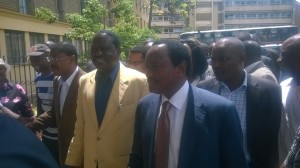 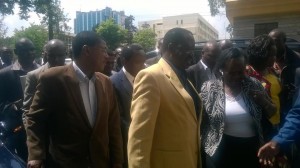 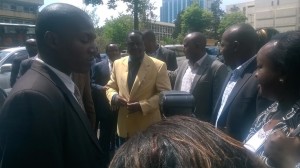 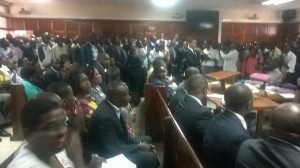