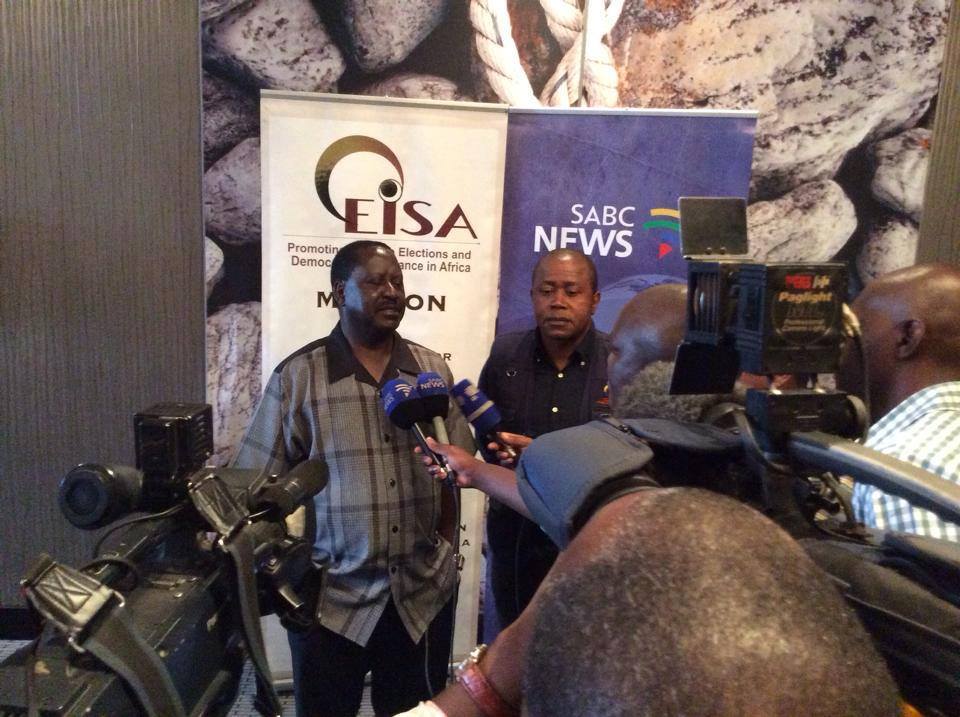 EISA has a Mission of 50 observers, 23 of whom are have been in Mozambique since 24 August. The EISA Mission will make its Preliminary Statement on the 15 October elections on the morning of 17 October.

According to a source close to the CORD leader, the Observer Mission will make its make its Preliminary Statement on the 15 October elections on the morning of 17 October.

Mr. Odinga is a revered figure in Mozambique having been involved in the country nascent democracy soon after independence.

On arrival in Maputo, the former Kenyan premier was received by the head of Mozambique Electoral Commision Sheikh Abdul Karim who briefed him on the level of preparedness by the electoral body.

Back home, the CORD leader is spearheading further reforms in Kenyaâ€™s independent electoral and boundaries commission to make the body capable of delivering free, fair and transparent elections.

On the suggested electoral reforms, CORD suggests to change the constitution to, among other things, allow political parties nominate commissioners and senior staff of the IEBC as happens in more advanced democracies.