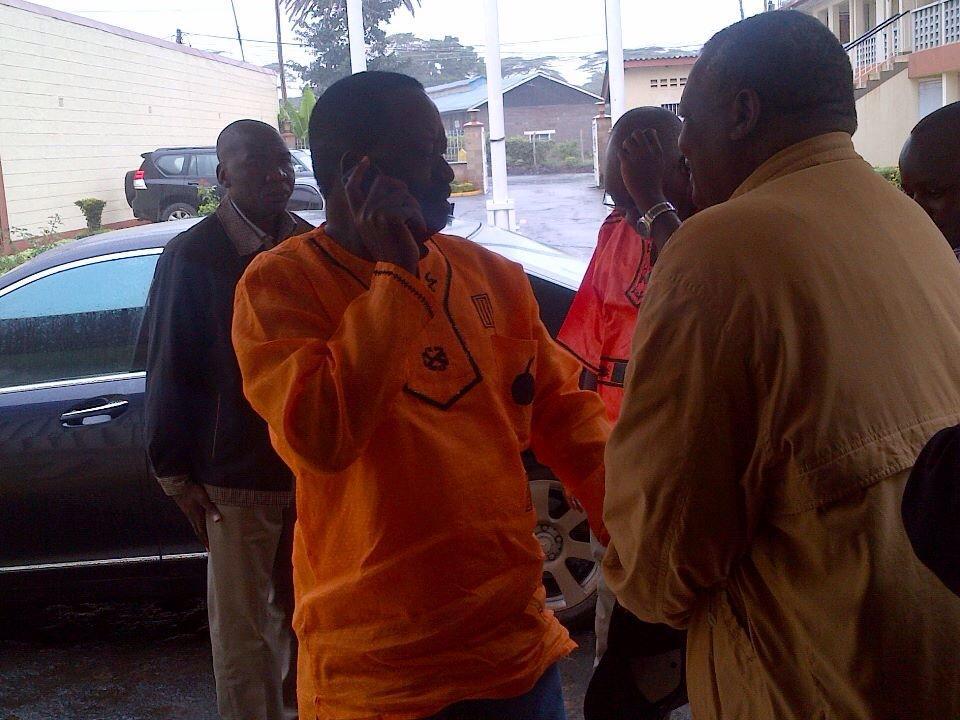 On the Photo: Prime Minister Raila Odinga at Wilson AirportÂ  enroute to Transmara County for a voter registration campaign drive

Here is the full press release from the PMPSS team regarding allegations by the People Newspaper that PM was hospitalized:

I wish to clarify that allegation by the People Daily newspapers that Prime Minister Raila Odinga is hospitalised are outright lies and very strange acts of fabrication.
The Prime Minister is scheduled to continue with his campaigns in the South Rift today, as was programmed from the beginning of the week.
He will this morning hold a leadersâ€™s meeting and address rallies in Kilgoris and Ongata Baragaoi in Transmara.
The PM was never hospitalised yesterday, nor did he visit a doctor at all. At no time yesterday did the PM get attended to by a doctor as alleged by the People Daily.

The PM takes allegations by the paper as the panic reaction of his opponents and political detractors who will go to all lengths to derail his campaign and demoralise his supporters.

Mr Odinga appeals to Kenyans in general and to his supporters to remain calm and focused as he is in perfect health and is going on with his public duties as scheduled.

The PM will be instituting legal action against the People Daily.
In the meantime, he has asked Hon Ababu Namwamba to address the political aspects of the campaign by the paper.
Hon Namwamba will address the press at his offices at the Ministry of Youth and Sports at 11 am.