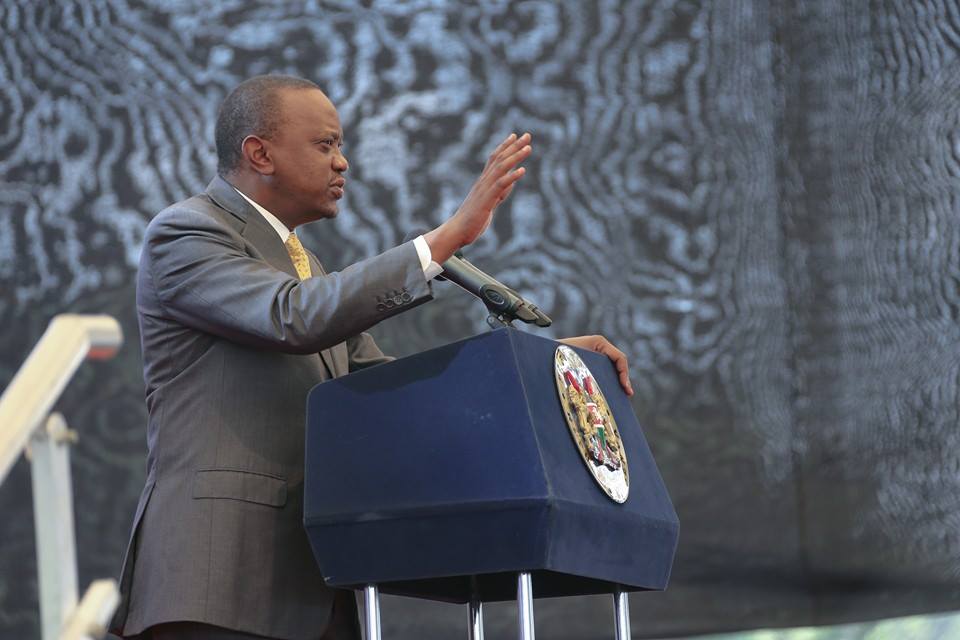 Now, this is bad, really bad, That the president acknowledges the security chiefs have failed to execute their mandate and the goes on to say Kenyans should watch each others’ back>>> question is, WHAT HAPPENED to the intelligence that was shared by Mandera County Governor Hon Roba? what did Uhuru’s security bosses do? Kenyans are not stupid but just tribal !

President Uhuru Kenyatta’s response to the series of tragedies bedeviling the Country has SHOCKED many. Even his ardent supporters are questioning his leadership competency. A president who does not empathize and reassure hurting citizens cannot be TRUSTED now and in the future. Its a big lesson to Kenyan voters to wisely elect leaders who have what it takes to SERVE.

Read the report below as was filed by the Star reporter

President Uhuru Kenyatta on Wednesday made his first public address at the University of Nairobi, following his return from an official visit in Abu Dhabi in the United Arab Emirates.

“I have been out of the country for a few days as you have seen from the selfies in the newspapers” he said, while launching the 16 Days of Activism against Gender Based Violence campaign, the HeForShe Campaign for Gender Equality and the national policy on prevention and response to gender based violence.

Regarding national security following the Mandera massacre, Uhuru said the government has put equipment and vehicles in place to support efforts to secure the country.

He admitted that the officials in the security docket have failed but emphasized that the responsibility of ensuring safety prevails in the country lies squarely with the public. He said the government’s efforts would be meaningless without the public’s inherent responsibility.

“We as a country should change our mindsets on security issues and ensure that we always watch our neighbours back, let us not wait for the officials to come and act.

“No matter what we do as government, you can never find a police man guarding each and every citizen in this country, it can never happen,” he added, urging Kenyans to be responsible and cooperate with the police to curb insecurity.

In the massacre that took place on Saturday morning, 28 non-Muslims were killed after al Shabaab militants raided a bus they were travelling in.

Uhuru termed the stripping of women for ‘indecent’ dressing, coupled with other acts of violence, barbaric, and condemned the onlookers who did not help the victims.

“The girls were not assaulted in a hidden place. Many people were watching as they enjoyed the whole act, In fact, many of them just took photos and did nothing,” he said.