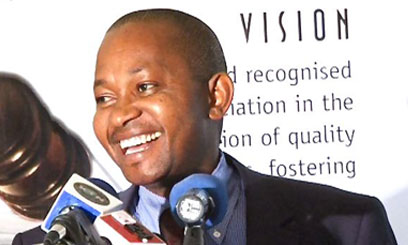 Yet another appointment has been made by President Uhuru Kenyatta’s Cabinet Secretary in charge ofÂ  Industrialization and Enterprise Development that has been declared by LSK Chairman Eric Mutua as illegal! Hopefully the president and his cabinet secretray will get good advice on time to revoke the appointment!

Here is a Facebook post made by Eric Mutua (Chairman LSK) that confirms that the appointment of Albert Mwilitsa is illegal.

“Either someone is sleeping on the job or there is a deliberate attempt to flaunt the law. Vide gazette notice No.108 the CS ministry of Industrialization & Enterprise Development has revoked the appointment of Aggrey Shitsama advocate and appointed Albert Mwilitsa as the Chairman of the Standards Tribunal”

“Unless there has been an amendment to section 16A(3) of The Standards Act the action by the CS is illegal. The said section provides that the chair of the tribunal must be either an advocate of at least 7 years standing or a former judge of the High Court. Mr. Albert Mwilitsa is not a lawyer. The second issue is that the removal of the chair of the Tribunal requires a tribunal.I hope somebody will advise the CS to revoke this appointment before we move to court.”

How come only appointments of other ‘non-GEMA’ Kenyans are done outside the law? Simple, to turn back and fill the positions with the one among the mafia.