Detectives from the Directorate of Criminal Investigations (DCI) have arrested two suspects believed to be part of a syndicate that has been fraudulently registering sim cards using stolen identity cards.

The police officer namely Boniface Nthenge who was stationed at Kitengela was on Monday September 14, 2020 arrested alongside a lady by the name Lucy Syombua by DCI detectives based at Kiambu.

A police officer namely Boniface Nthenge stationed at Kitengela and a lady by the name Lucy syombua have been arrested by detectives based at Kiambu.

The two are believed to be members of a syndicate that has been fraudulently registering sim cards using stolen identity cards… pic.twitter.com/D9lbR8qyzy

The suspects are believed to have been using the fraudulently registered sim cards to acquire loans and other benefits from a leading mobile service provider.

During the arrest, hundreds of fraudulently registered sim cards and an electronic equipment believed to be used for hacking purposes were recovered from the lady’s house in Nairobi’s Umoja estate. 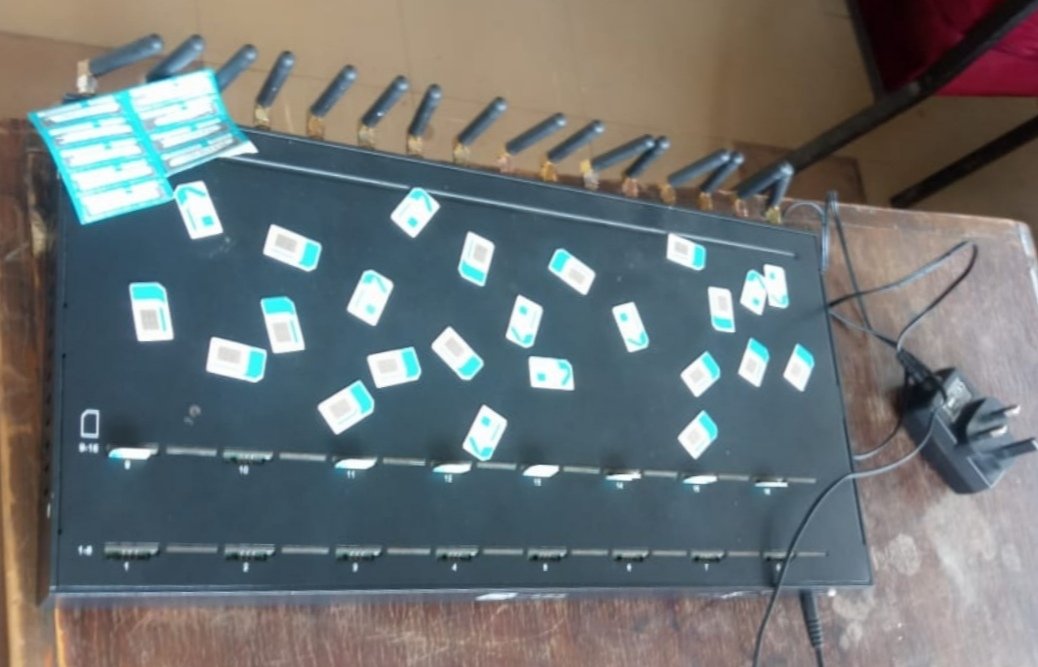 Currently, investigations into other activities of the syndicate are ongoing as detectives continue to pursue other syndicate members for arrest and arraignment.

The five were arrested within Pavab apartments in Kasarani.

The arrest comes at a time when many Kenyans have fallen victim of cyber and economic crimes.

This, has for months seen the DCI constantly warn members of the public through its official social media accounts to be extra careful when dealing with individuals who run online business.