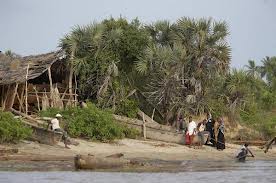 More than 52 people including 11 children were killed in the early morning hours of Wednesday in fight for control of water and pasture in the County of Tana River. The clashes were between members of the Pokomo and Orma tribes.

Itâ€™s reported that the Pokomo militia raided the homesteads (manyattas) of the Orma in the village of Riketa of Tarasa division along the Tana delta where they slashed villagerâ€™s to death before touching their homes.

Itâ€™s widely believed to be a revenge attack; a week ago the Orma herdsmen are suspected of killing three Pokomo villagers, serious injuring six others and also burnt homes and killed livestock.

The Pokomo and Orma have a long history of conflict over access to the waters of Tana River and the fertile lands of the delta. Tension has been building up since last month with occasional attacks on each other over land and water, however the Wednesday morning attack is the worst in recent years.

The Pokomo are mainly farmers while the the Orma are semi nomadic, the tensions and rivalry that resulted in the violence have been ongoing for decades. Attackers were armed with machetes, bows and arrows and spears

The Coast Provincial Deputy police boss Joseph Kitur gave the breakdown of those killed to include 34 women, 11 children and 6men. About 100 houses were reduced to ashes, more than 200 head of cattle killed, and estimated 800 people displaced in the attack

â€œIt is a very bad incident, 34 were hacked to death and we have 14 others who were burnt to death in their houses,â€ he added, â€œOur investigations have shown that it is the Pokomos who attacked the Orma people who live at an island.â€ Mr. Kitur was quoted adding â€œOur officers are on the ground pursuing the attackers,â€ he said, but could not confirm if the police had made any arrest so far.

The local Member of Parliament Hon Danson Mungatana accused the government of laxity and reluctance to act to stop the attacks; he demanded an immediate ministerial statement.

Mr. Kitur confirmed that Police are now on the ground in strength â€” a contingent of 200 officers from the Administration Police, regular police and the General Service Unit has been deployed to end the revenge attacks.

The Kenya Red Cross was already on location and had evacuated three to Malindi District Hospital and four others were to follow shortly after.