Uhuru on Wednesday landed in France  where he was hosted by Macron at Elysee Palace – the French President’s official residence.

He is in France for a three-date state visit that will see him push for a number of bilateral agreements.

2/3 The two Heads of State then witnessed the signing of three bilateral agreements before leading their delegations at a State Banquet hosted in honour of the visiting Kenyan leader. Later, the two leaders retreated for private talks. pic.twitter.com/kFBAgPmm5H

Among agreements reached is a Public Private Partnership (PPP) for the construction of the Nairobi-Nakuru-Mau Summit highway signed between KeNHA and Vinci Concessions.

The Sh180 billion dualing of the Nairobi-Nakuru-Mau Summit road will be guaranteed by the Kenyan government with the agreement that Vinci Concessions will charge toll fees to recover the construction cost. 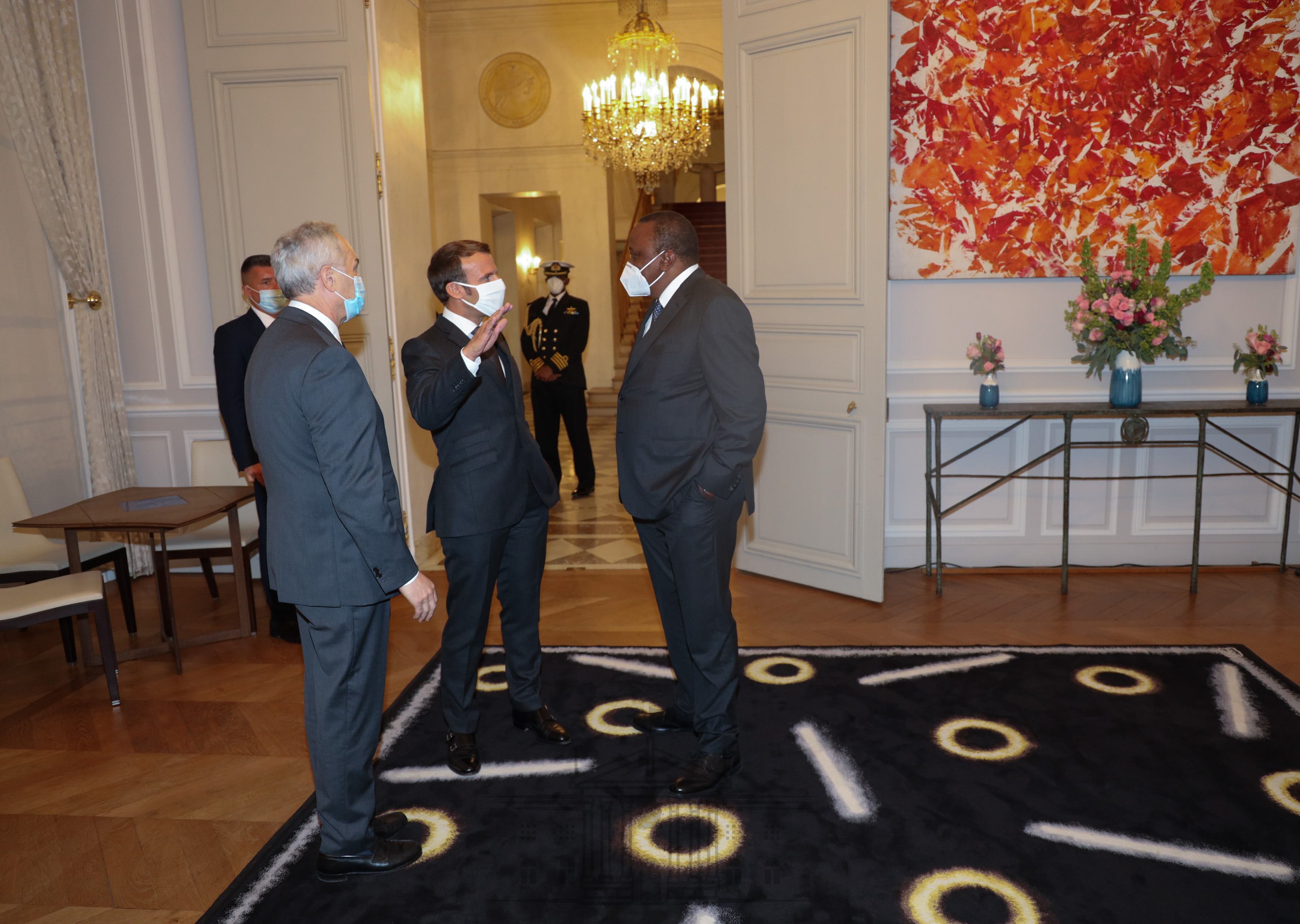 Others were agreements for the development of the Nairobi Central Business District (CBD) to Jomo Kenyatta International Airport (JKIA) commuter railway line and the 400KV Menengai-Rongai electricity transmission line. 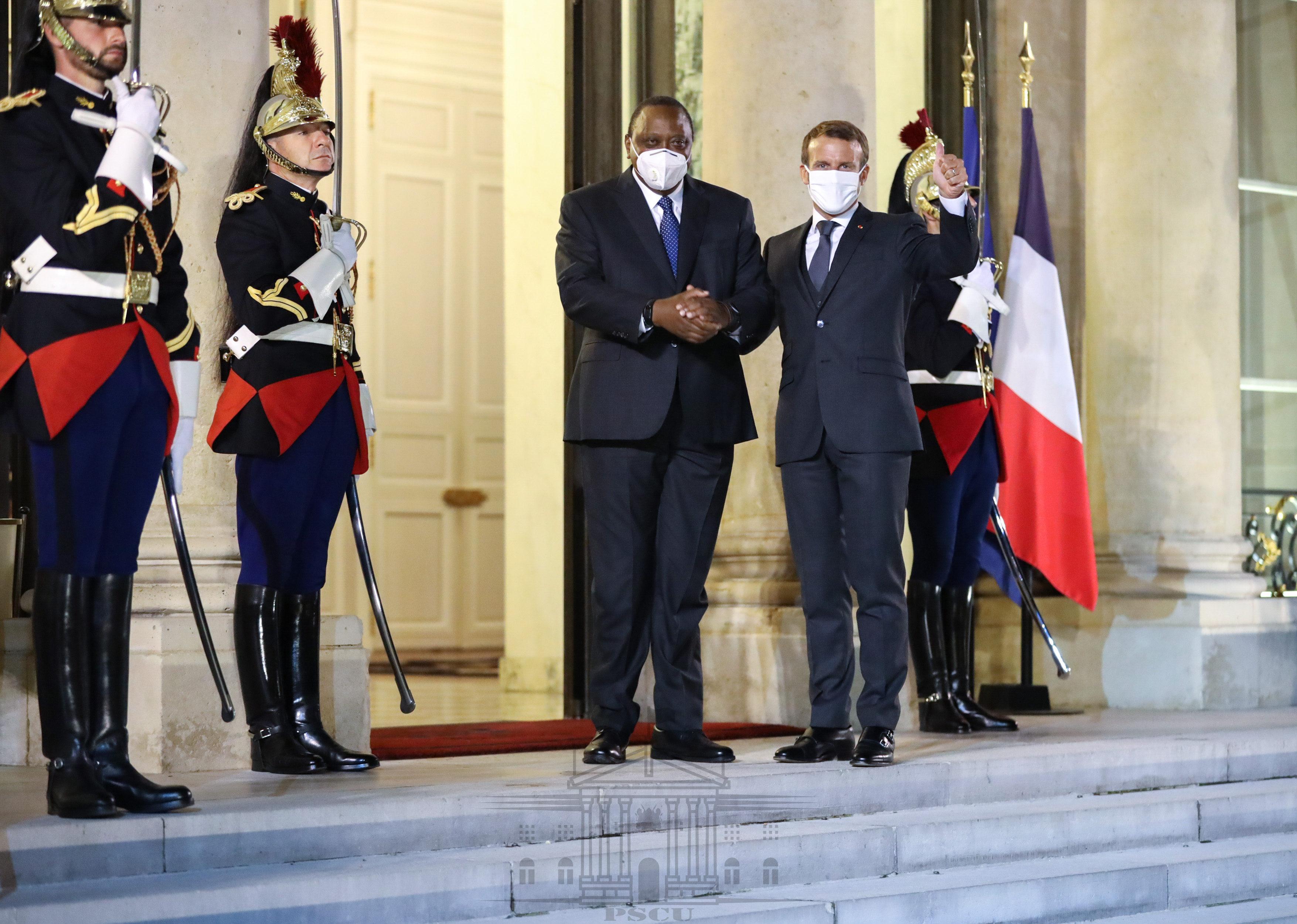 Kenya’s ambassador to France Professor Judi Wakhungu stated that the president’s visit would strengthen people-to-people and commercial ties between the two nations.

Wakhungu stated that the Nairobi CBD to JKIA commuter rail link would help enhance movement of travellers between the city centre and Kenya’s foremost international airport.

“Our aspiration is to see that this commuter railway line eases traffic in Nairobi but also eases the movement of people within Nairobi. We hope that along the route and the surrounding areas, other businesses will be able to grow,” Prof Wakhungu stated. 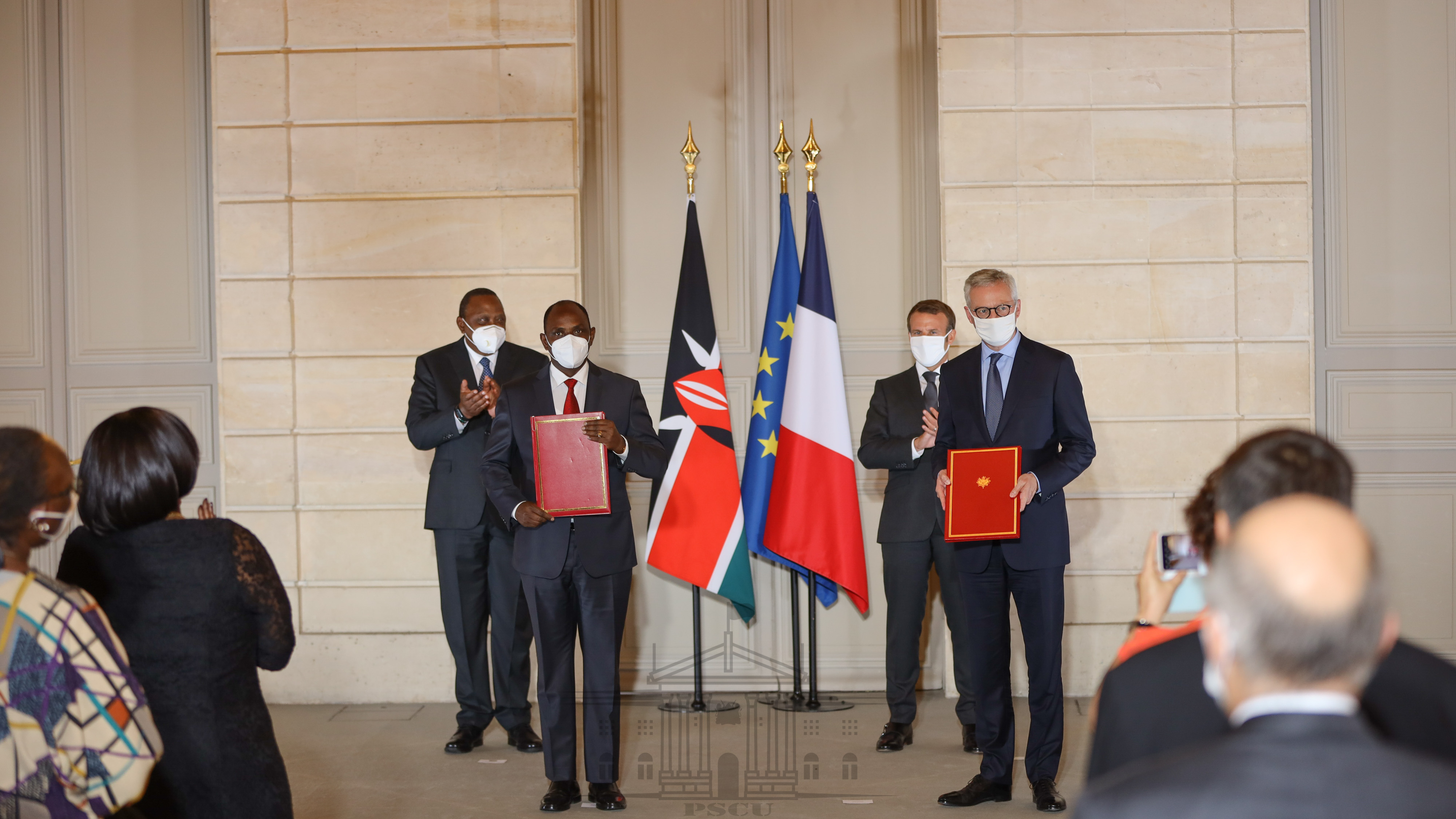 She added that the PPP agreement would help decongest the existing highway and enhance efficiency of cargo transport to Western Kenya and onwards into the export markets of East and Central Africa.