NAIROBI – City residents will be spared the vulgarities of flamboyant senator Mike Sonko and Representative Rachel Shebesh as the two are part of the official entourage of President Uhuru Kenyatta currently on a SADC tour in South Africa.

Consequently, there will be no sin committed by the two in high-end hotels in Nairobi.

The two TNA officials recently shocked the city when photos leaked of them eating each other on fleshy body parts. Now residents are saying that is the good thing that has happened in the city since Kibaki left statehouse to enjoy both political and historical oblivion.

“Whoever arranged the president’s trip truly is sensitive to our feelings. . .Sonko and Shebesh needed some time out of this city,” said a passer-by on a bodaboda around Langata area of Nairobi’s South C estate.

Sonko and Shebesh will be back soon. 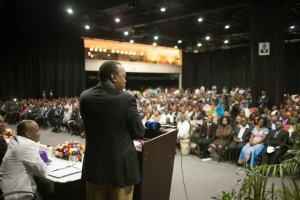 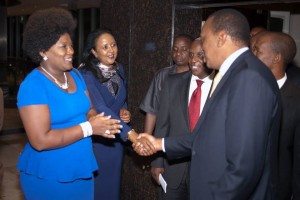