Nairobi Governor Mike Mbuvi Sonko last week issued a directive disallowing all public service vehicles from accessing Nairobi’s Central Business District (CBD) as from today, Monday. Many took it as a joke, but to the county boss, he meant it.

Monday morning, which is an office working day turned the country into a walking nation as the matatu CBD ban took effect. 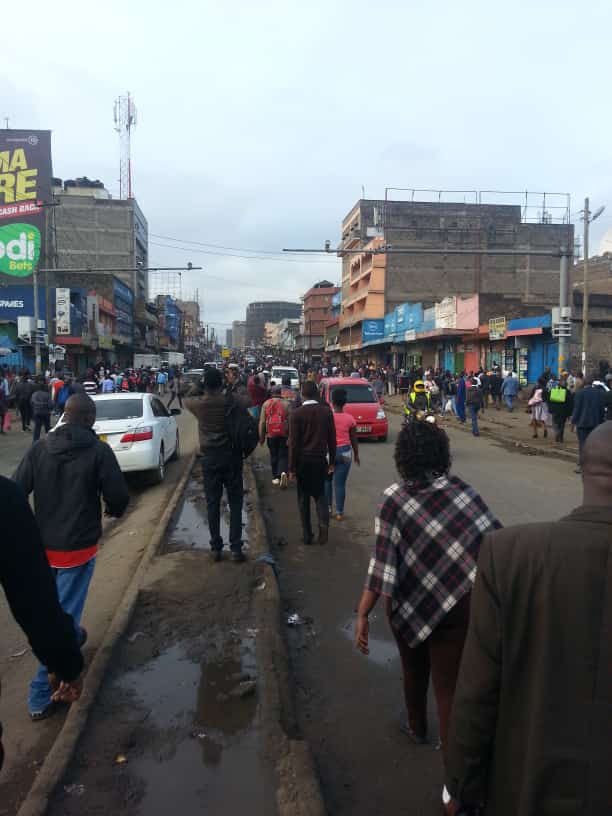 Sonko had earlier directed that enough matatu termini had been allocated, big enough to accommodate all Nairobi matatus, but how could people now access CBD from those termini? Well, Nairobi’s Eastland residents’ journey to CBD ended at City Stadium roundabout, from which they were forced to walk through Muthurwa market to CBD.

I have walked all the way from City stadium to Westlands, already tired n exhausted yet am expected to work till 5pm then walk again to Muthurwa. Is this how to end tha year??? @MikeSonko @Ma3Route #MatatuCBDBan

From there they were again forced to make consultations on the location of various terminus to their work places, since ban found many unaware.

People were forced to walk long distances in search for their respective terminus. 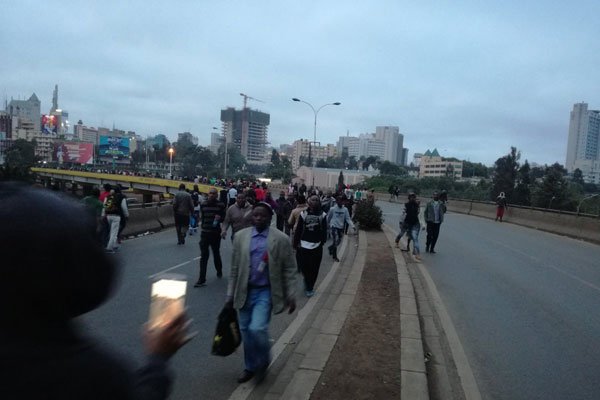 The ban on Matatu from accessing CBD is a move by governor Sonko to decongest the city. His directive comes barely few weeks after the taking effect of the Matatu crackdown, where PSVs are to comply with the Michuki rules, in a move aimed at restoring road sanity.

I don’t know how this was to pan out but it does not seem to be working. #MatatuCBDBan it’s a mad world on the highways with people walking right in the middle of it all seeking their termini. What a morning! @Gidi_Traffic @GrayMarwa @AdiemaAdiema @KenyanTraffic pic.twitter.com/NbYZ5etFfk