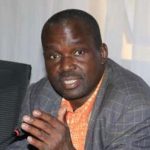 Former Rarieda MP Nicholas Gumbo and his sidekick, Charles Owino, has chickened out of the Siaya ODM Primaries.  Gumbo has picked UDM Party ticket. The UDM Party is associated with Mandera Governor Ali Roba. This now leaves Siaya Senator James Orengo as the main contestant on the ODM ticket. The aspirants could not agree on […] 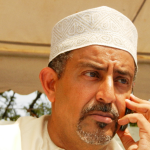 The ODM Party has refunded Ksh 500,000 to businessman Suleiman Shabhal, Kenya Today has learnt. The money was nomination fees for the position of governor, which has gone to Mvita MP Abdulswamad Shariff Nassir. The party offered Shabhal the option of first running as a member of parliament or senator of Mombasa but the businessman […] Orange Democratic Movement Party has resolved to issue direct tickets to fifty of its key members, with several leaders already issued the ticket. On Friday, Kajiado Governor Joseph Ole Lenku became the first senior leader to be awarded the ticket publicly, moments after he decamped to ODM from Jubilee. Former Governor of Garissa Nathif Jama […] 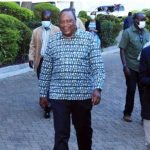 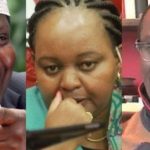 By Oyaro K’Oyaro 1. RAILA ODINGA went to JKIA physically to defend Miguna MIGUNA against deportation by UHURUTO,all Tangatangalets were celebrating deportation of Miguna that time, HYPOCRITES. 2. RAILA ODINGA went physically to defend Wanjigi when UHURUTO raided him in 2017,he even spent the night there, Tangatangalets celebrated that also, HYPOCRITES 3. After 2002, MUDAVADI […] 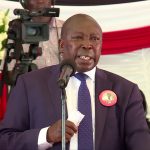 President Uhuru Kenyatta has banned pro-Raila Odinga’s Members of Parliament (MP) Maina Kamanda and Igembe North Member of parliament Maoka Maore from accessing the State House. According to sources privy to the event that led to the ban, Kenyatta summoned the two along with other Jubilee officials to State House at night, on the eve […] 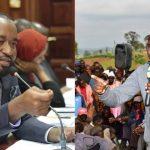 United democratic alliance party is on the spot for corrupting the minds of Mombasa county doctors. According to a leaked whatsapp group conversation involving Elgeyo Marakwet senator Kipchumba Murkomen and sevearal doctors at the county level the information below shows more than meets the eye information. The doctors had threatened to go on strike thereby […] 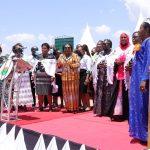 Maendeleo Ya Wanawake Organisation has begun the push for more strategic leadership positions in the next government to power up economic devolution in their countrywide celebrations to mark its 70th anniversary. With over 4 million membership across the countryand the capacity to influence the outcome of the presidential elections, Women must be placed in positions […]

By Silas Nyanchwani Memo No. 88 From The National Welfare Desk of Men Join a Group|Be Part of a Community It keeps coming up, every so often. In as many WhatsApp groups I belong to, regardless of the cause behind them, at any given time, there is a funeral fundraiser. We lose colleagues who leave […]