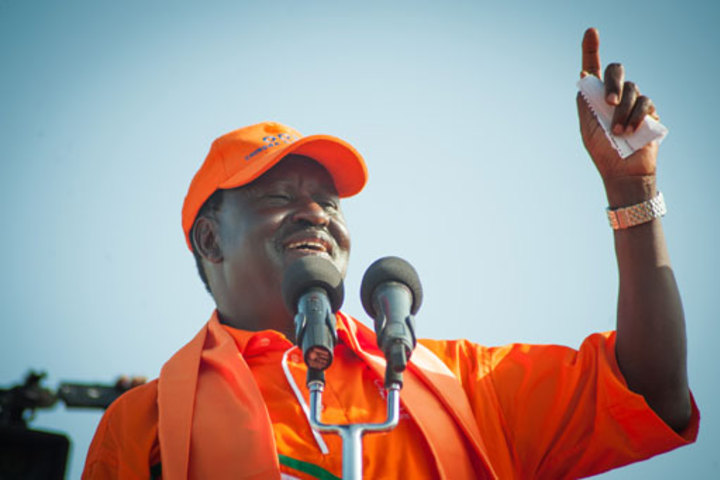 The above names are elected MPs, a senator and a governor. They all have one thing in common: they are not members of the Orange Democratic Movement (ODM) Party. That’s not all, they were once members of ODM who, though popular, could not clinch the ODM party ticket, hence opted for other parties and trounced the ODM preferred candidate.

The Orange Democratic Movement is good at promoting democracy abroad but fails terribly in doing so ‘at home’. The Orange house is littered with bitter defectors who once held the promise of the Orange dream.

Richard Nyagaka Tongi unsuccessfully sought the ODM ticket during 2013 nominations. He was way popular and had done his ground work well. However, Chris Bichage, then a top ODM party honcho, was given the ticket, despite trailing Tongi. Tongi would jump from ODM to Wiper and almost beat Bichage during the election had it not been for collusion and rigging which Bichage team engaged in. However, not to lose hope, Tongi petitioned the courts and got Bichage’s election nullified.

This case would drag upto the Supreme Court. Finally, the courts found Bichage had benefited from a fraudulent electoral process and upheld the judgement of the lower courts.

When a by election was inevitable, Tongi again petitioned ODM to give him the ticket, having proven beyond doubt that he was way popular than Bichage and indeed he had defeated Bichage during both the nominations stage and the general election.

ODM declined, and awarded Bichage the party’s ticket for the by election. Then, to put the last nail on the coffin, Wiper was roped in to completely lock out Tongi. Disappointed, Tongi abandoned the whole CORD experiment and vied on a Ford People ticket. With ready support, financial and logistical from ODM’s arch-rival, Jubilee Alliance, he won, and, for a very long time coming, ODM, and to a large extent, CORD, should count Nyaribari Chache out of its numerical equation.

It is doubtful whether Tongi will ever return to ODM.

Hassan Omar was denied the party’s ticket with none other than Mama Ida Odinga, a very influential player in ODM, holding high the hands of the party’s chosen candidate, Sheikh Ramadhan Kajembe. Hassan Omar, then a very popular and rising figure within Kenya’s human rights circles, would decamp to Wiper and massively floor Kajembe.

In Muhoroni, ODM stuck with Prof Ayiecho Olweny. Despite K’Oyoo always defeating Olweny every single nomination since 2002, ODM denied K’Oyoo the party’s ticket – and in those pristineÂ Â days – to be denied the LDP, NARCÂ (now ODM) ticket meant you had no chance in heaven of ever beating the candidate with the party’s ticket, even if the candidate was extremely unpopular.

However, while the times have changed, and the past pathologies can no longer, on their own, be accepted as superior dogmas against which no successful opposition can be mounted, the Orange Party has stuck to its dubious modus operandi. It still dishes its party ticket to the party’s choice, who, not always, is the people’s people’s choice. Worse, it requires of its supporters to accept this arrangement as final and immutable.

The Orange party remain a macrocosm of competing internal contradictions. Here is the party that to many people ought to espouse the best ideals of democracy: fair competition; credible, free, and verifiable elections; popular democracy; one man one vote; no rigging elections etc, yet, internally, ODM is the biggest abuser of democratic ideals.

The biggest tragedy of ODM now is its penchant to believe its own internally generated propaganda. ODM believes, sadly, that it can bungle internal elections openly and somehow patch up that history, disinfectÂ itself and move on; and that, whenever they do this, everyone who ascribe to the party, including the newcomers escaping such tendencies in other political parties, will somehow ‘understand’ that our greatest enemy is Jubilee Alliance, not ourselves.

The Nyaribari Chache experience towards the end of last year was the best lesson ODM should have used as an example to retrain itself. But there is this joke often in ODM circles: ‘ODM never learns’. In Africa, it is one of the few institutions which does the same thing again and again and expect a different result.

In places where ODM as a ‘political brand’ still needs to be embedded in people’s consciousness, to fail to live up to the ideals we preach to the country is to lose out completely, for people now have a way of benchmarking what is hogwash and dishwater; and what is real and workable.

ODM as a party cannot continue wallowing in its past glory. Ahead of 2017, ODM should demonstrate how fair it is to the people of Kenya by being fair to its own members. Electoral rules should not bend due to narrow sensibilities of a few top players of the party. Many party supporters continue to differ with ODM’s decision to choose the younger brother of the late Sen. Moses Kajwang’ to fly its flag for the Homa Bay by election.

The younger Kajwang’, despite being an adult, is alleged to never have been a member of the ODM party. While he belonged to a family which has benefited from ODM favours – for Kajwang’ served as a government minister for over 5 years – this man saw no need to register as a party member. Yet, out of displaced sympathies, instead of ODM using Homa Bay to demonstrate how democratic the party is, it used the moment to show how dictatorial it can be based on momentous emotions.

Sadly, ODM supporters are getting wary of constant loses. The thing with a political party losing perennial is that it weakens peoples’ morale. And when such lost chances are due to unfairness and lack of forthrightness within the party itself, not because the adversary was formidable, huge sections of the party are lost to the political enemy. It seems we’ve lost so many battles that it has become normal. This can’t be.

ODM sure needs to put its house in order.

Mitchelle Achiang’-Maina is a political commentator from Uasin Gishu County