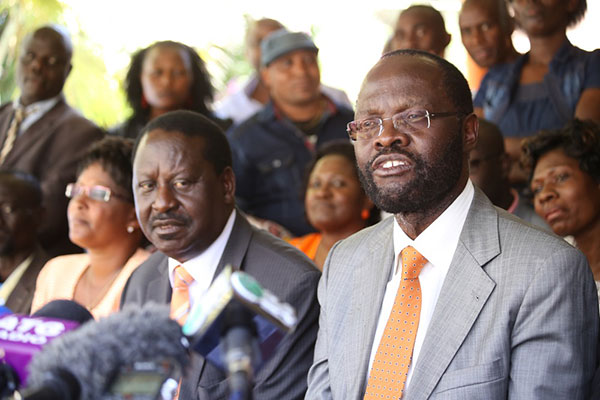 After grueling negotiations and extensive consultations that spanned two days at Sentrim Elementaita Lodge, the ODM top cadre is shortly set to emerge and address the nation on deliberations and resolutions regarding its nomination rules and eagerly anticipated party election calendar.

The ODM, recently severely rocked by the sudden death of Senator Otieno Kajwang, has been on tenterhooks since the abortive party elections in March 2014 at Kasarani. The party leader has been upbeat lately assuring supporters that there shall never be a repeat of divisions within the party as witnessed in the run up to the aborted polls and that ODM is intent in using the Kasarani experience to emerge stronger and unified.

Top on the agenda is a proposed harmonised list of national office bearers that will be announced which will be forwarded to the party’s national governing council for ratification.