By Dikembe Disembe
As the clock ticks towards the National Delegates Convention (NDC) of the Orange Democratic Movement ( ODM ) scheduled for February next year, Â focus is now shifting on who will be what in Kenya’s most popular party. By numbers, ODM is the single largest parliamentary party in Kenya.
The National Governing Council (NGC) of the party, the second top decision making organ of ODM set February 2014 as the month the NDC will be held, and with it, elections for various officials of the party.Political temperatures have risen in the party as members, with many of the party’s MPs, Governors and Senators already jostling for positions in the national office, perhaps to have a grip of party politics for their survival in the murky Orange politics, and position themselves ahead of 2017. In a politician’s life, elections are never too far.

The power struggle is pitying seasoned politicians in the party against a new crop of politicians who got elected in the last general elections, though have all along been staunch party members. Â The campaigns, though still under the table, Â are in top gear Â as alignments and re-alignments become a reality. Already, camps have started showing!

Although there are those who have openly and vigorously chosen to express their interests in various seats in the national office,Â  there are some who have elected to do it secretly,Â  by reaching out to delegates to persuade them to elect them in.

Multiple sources versed in the goings-on within the party told this writer that Mombasa Governor Ali Hassan Joho, MPs George Oner, Andrew Toboso, Abdikadir Aden and many others are some of theÂ  politicians currently engaged in various initiatives and strategies to contact and convince the delegates on their candidatures. Joho served ODM as the party treasurer after Omingo Magara left for then G7 outfit which evolved into Jubilee eventually.
Attempts toÂ  contact the politicians were fruitless except for, through aides, Hon George Oner, a first time MP for Rangwe constituency who is rumoured to be angling for the position of National Deputy Organizing Secretary.

Hon Oner, though also cagey in his response, said he is currently interested in familiarizing himself with Party Structures, both at National and at grassroots level. He says he wants to understand the branch network, the sub-branches, the delegates at those levels to help him get insight into how the party works. And, yes, for the final prize.Â Pressed further on the position of Deputy Organizing Secretary, he refused to jump the gun, only stating that Â he is a life member of the party and can vie for any position but that he is not keen to appear to be engaging in premature campaigns which can undermine party unity.

The rumour might be true afterall; such are the ways of politicians.

It will be interesting to know what the Rangwe MP, and many of the new entrants, would offer the party should they eventually go for these positions. ODM is regrouping after losing the presidential elections and come February, a new team for the next political phase of the party will take the reigns of party power. 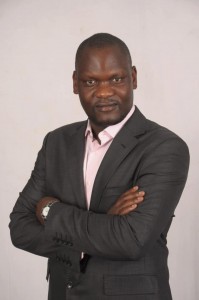 Keep it here for more Orange news and other developments in the CORD.