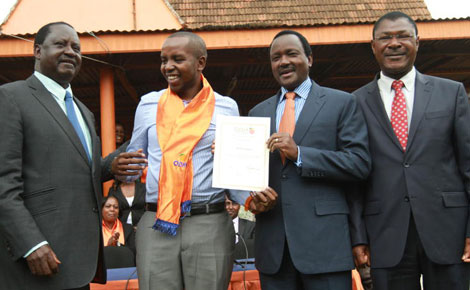 Mathare MP Stephen Kariuki has indicated he will not support ODM Party which sponsored him to parliament just recently.

Kariuki got the mantle after ODM Party leader pleaded with lawyer Anthony Oluoch to pull out of the race and support him, among several other CORD candidates.

Earlier, Kariuki had indicated he is ready to work with the jubilee government under President Uhuru.

Already, Kariuki’s stance has generated heated response from CORD supporters who accuse him of wasting the coalition’s time then abandoning it after hugely benefiting.

“SteveÂ Kariuki Mp Mathare KI, what does “I wonâ€™t offer blind loyalty to ODM” mean? You are either loyal or not, it is unconditional. TNA government is making massive blunders, one after another blunder, but you will never hear or see TNA legislator(s) say or act in a manner to betray that they are not blindly loyal toÂ #UhuruKenyattaÂ and TNA party. My friend, politics is not like church, here people who voted for you on account of ODM and its leadership will return favor in equal measure. That is a friendly advice…” asked George Nyongesa.

Even before becoming the Orange Party’s candidate, Kariuki had been alleged to be Â ”too close” to Jubilee to remain focused on CORD agenda, and the announcement he made is loaded shot to a party that overwhelmingly supported him to parliament. 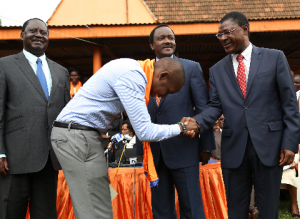 This was hon Kariuki a few weeks ago, VERY LOYAL !