Dagoreti North Member Parliament, Hon. Simba Arati was rushed to and admitted in Nairobi Hospital as injuries suffered during the chaos in parliament worsened.

The chaos and fighting during the debate on the security laws (amendment) bill saw Jubilee and CORD MPs turn into regular goons aka Chikororo/Mungiki/Bagdad/Taliban rising against each other. Hon Arati’s finger is reported to have been bitten by an angry Bahati constituency MP the disHonerable Kimani Ngunjiri.

Hon Arati was diagnosed with an infection on his finger though doctors couldn’t confirm the exact type of infection he was said to be in a stable condition.

Hon Ngunjiri and hon Ole Sakuda led the Jubilee MPs in beating their CORD counter parts who had tried to stall parliamentary proceedings.

The state of Mr Ngunjiri’s teeth is not known BUT it is unlikely that the MP has white clean teeth, we can only hope that Arati did not pick a serious infection.

Hon Ngunjiri may also want to check into hospital just to test himself as the infection he caused hon Arati seem to be serious. Here are some of the viral diseases that can be transmitted through BITING Ngunjiri style:>>

HUMAN BITES
HIV, hepatitis B, and hepatitis C
If you are bitten by a person who has one of these viral infections, there is a small risk that the infection can pass on to you. There is a much smaller risk after a bite than from a contaminated needle. See your doctor immediately if this is a concern.
â€¢ To protect against HIV, you can be given medication which counters the HIV virus.
â€¢ To protect against hepatitis B, you can be given an injection to be immunised against hepatitis B.
â€¢ Currently there is no treatment to prevent hepatitis C infection from developing. However the risk of getting it from a bite is very small. If it is a possibility, your doctor will be able to do blood tests to make sure you are not developing it. In the unlikely event that you do, you can have treatment early.
Five Diseases You Can Get From Being Bittenâ€”By A Human 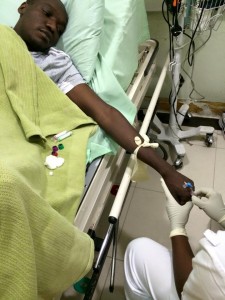 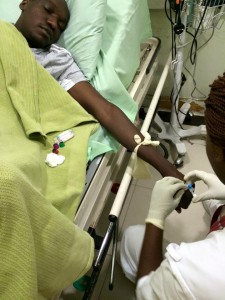