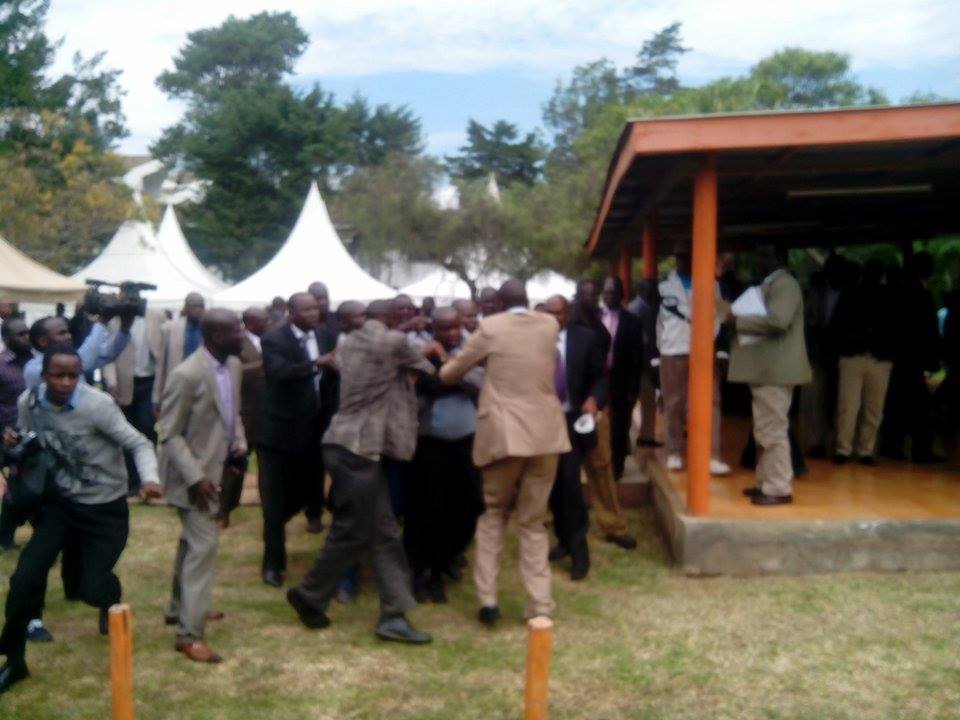 By Lee M
In the star today, corridors of power, it is reported that ODM Executive Director told participants in a meeting in Nakuru that ODM, the party he works for as the Executive Director is dead. He went further to claim that the party leader should retire from politics. It is reported the CORD brigade at the meeting shouted him down. I am still confirming whether this really happened. If its true, then its highly regrettable.

This is not the first time this issue if being raised. Sometimes mid this year, there were reports that the ED said similar things in a radio interview with KASS.

The ED of any party has alot of party information, documents, strategy etc. If you ever wondered why our opponents always get this information on a timely manner, then you now have the reason.

This brings me to the BIG question. Can Raila Odinga win the presidency with saboteurs running affairs of the party? I doubt personally doubt. I also don’t know what you guys think.

As an urgent solution, my suggestions is that Raila Odinga must clean Orange house using new broom. The room should then me fumigated to clear any remaining agents of saboteurs.

Its better to fail with true and loyal supporters than fails with saboteurs.

I said it before, and I am repeating today. If the position of the ED must be retained by a Kalenjin, the we have many loyal soldiers. We have Ronald Ngeny, a guy who has stood with Jakom to an extend that he was sabotaged by Kibaki from being a member of EALA. Our very own friend Kipkemboi Jacob Rotich too is capable of serving the party as the ED.

Omiyo, Jodalawa, Raila Odinga must save the party. If he can not, the services of MIB can be employed to man that gate everyday to ensure no sabotiour enters orange house.