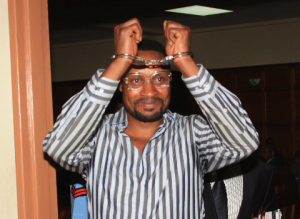 Nigerian businessmen in Kenya say the current wave of deportation and harassment of Nigerians in that country is because the Nigerian community in Kenya is believed to have supported Raila Odinga during the March elections.

A further wave of deportations of Nigerians has followed the expulsion of drug dealer Anthony Chinedu and two other Nigerians early this month. A Nigerian businessman based in Nairobi claimed that about 40 Nigerians have been forced to leave Kenya.

The businessman, who did not want to be named for fear of reprisals, said the situation deteriorated after President Uhuru Kenyatta publicly directed security agencies to deport drug suspects.

“So if my wife does not like me and we have a dispute over property, or a disagreement with a business partner, what will stop them from calling the police and saying I am a drug dealer and I am deported without due process?,” asked the businessman.

He said the ongoing deportation of Nigerians was illegal as there is inadequate evidence against them. He claimed that legitimate Nigerian businessmen are being pressurised to accept one way air tickets back to Nigeria.

In Nigeria, the deportations have caused fury in the media. Newspapers have called for Kenyans in the hospitality industry to be deported, for Kenyan tea to be boycotted, and a Kenya Airways plane to be impounded to compensate for the property left behind by the deportees.

One deportee who identified himself as Joe told journalists that he was picked up in Nairobi and told to choose either to die slowly in custody or to quietly be deported.

“I asked them what they meant by going home silently and they said they would just buy a normal air ticket for me, so I could return to Nigeria like other normal travellers, and I chose the latter,” he said.

“Till now, I don’t know what offence I committed that warranted this inhuman treatment. Their security agents just go on the streets of Kenya, picking up anyone they identify as a Nigerian and tag him a drug dealer. I was doing my legitimate business in that country. I did not sell, take or keep drugs, and nobody has ever seen me with any narcotic substance. They picked me up on Monday June 3, and detained me till Thursday, before bundling about ten of us into the plane. We were not allowed to take even a pin,” said another deportee, Paul Owoseni.

The Nigerian High Commission in Nairobi has declined to issue a statement on the incidents.

“For Nigerians resident in Kenya, these are the worst of times. Their plight could be compared to the era of slave trade when able-bodied Africans could not tell what the next minute held for them because human traffickers could pick them up the next minute.

Checks revealed that in recent times, Nigerians have become victims of undeserved humiliation and deportation in Kenya.

Nigerians are also accused of not paying taxes and abusing Kenyan women whom they are married to. There are an estimated 4,000 Nigerian businessmen in Kenya. They mainly deal in motor vehicle spare parts on Kirinyaga road, cosmetics, electronic goods, real estate and second hand clothes across Nairobi.

“This harassment and deportation of Nigerians is taking a xenophobic form,” the Nigerian businessman said. “I recently got an SMS from my former employee threatening me with deportation.”

Nigerian businessman Antony Chinedu was deported by immigration officers in early June after police insisted that he is a drug baron.

Chinedu had been charged with possessing narcotics paraphernalia including 10g of drugs and weighing scales. He was escorted to the Jomo Kenyatta International Airport on June 3 by police and immigration officers and forced onto charter jet 5Y-SAX.

The jet has now been detained at the cargo wing of Murtala Muhammed International Airport in Lagos for two weeks, together with the seven Kenyan officials who accompanied the Nigerians. The jet allegedly entered Nigerian airspace in a manner that was “not properly and officially documented.”

Nigeria has justified detaining the plane and seven Kenyan officials by Kenya’s failure to secure Nigeria’s prior agreement to accept Chinedu back as per the Vienna Convention on Diplomatic Relations.

Neither the owner of the plane is known nor who is paying for the private plane parking fee.

For the original source of the story follow this link http://allafrica.com/stories/201306200840.html