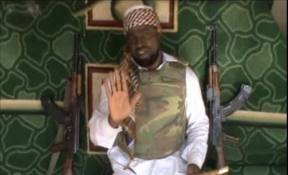 Nigerian police have killed a spokesperson of the radical Islamist group Boko Haram, one of a handful of publicly known members of the group whose insurgency has left hundreds dead this year alone.

Abu Qaqa was shot after trying to flee a military checkpoint near Mariri, on the outskirts of the northern capital, Kano, two security officials told the Guardian. Mariri has been an important launchpad for Boko Haram operations in the Muslim-dominated north, the sources said.

Security agents trailed a battered Volkswagen car as it left Mariri just after dawn. "When the car was stopped the three men inside said they were taking a woman with them to hospital. One of the men attempted to flee and was shot. It was the woman who confirmed to us that Qaqa was the one trying to flee," a military source said.

He said two other men, one of whom was a senior ranking member, were transferred to custody in the capital, Abuja.

Officials hesitated to confirm the death publicly, saying they had to be sure of the man’s identity. In January security agents announced they had arrested Qaqa, before backtracking.

Public knowledge of Boko Haram has hinged largely on Qaqa’s interviews with selected journalists. In his last contact with the Guardian, Qaqa said the group was struggling to release two planned videos with security agents on their trail.

The US stepped up the counter-insurgency training it provides to Nigeria after a series of church and mosque bombings killed 150 people in the new year. Attacks have subsided in recent months after the president replaced his top security adviser with a colonel from the Muslim north, Sambo Dasuki.

Presidential aides said Dasuki had picked up talks that faltered with the group in March. "The mere fact of being a northerner himself means he can reach out to the group in a way that wasn’t possible before," a military commander said.

Sporadic violence has continued. At least 12 people were killed this weekend after running gun battles between Boko Haram and the military.