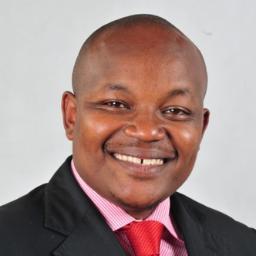 By Deepcogition.com
Ngunjiri Wambuguâ€™s writings, talk show and social media posturing since he involuntarily left the Raila Secretariat paint him as petty and so bitter with himself, out to milk credit out of the mere fact he was employed by Raila Odinga.

To begin with, his loudly announced ODM resignation was smokescreen to earn cheap political points. I mean who ever saw Wambugu publish his resignation from PNU in 2007? Besides that, who really resigns from a lapsed ordinary membership worth 10 shillings unless they have a hidden agenda?

Careful analysis reveal a very sly political bagman keen to make a name for himself in the eye of the public and potential suitors. Deeper probing expose a totally inept individual with absolutely no evidence of success anywhere, and certainly no success of political campaign anywhere, not even for a councillor or an MCA.

As a leading presidential contender, Raila Odinga (against discreet advise) gave Ngunjiri Wambugu perhaps the mightiest position in his presidential campaign. Sometime in August 2012, Ngunjiri was appointed the National Director of Political Affairs at the Raila Presidential Secretariat. It went like this: â€œAdvise me, strategize my election plans, help sell me to Kenyans â€“ in return I will pay you handsomely for your time. Hereâ€™s an office and the other resources to make your job easier, Hereâ€™s support staff. My door is open 24/7 and this is my private line, choose who you want to work withâ€.

With others, from that lofty perch he was handed at the Raila Secretariat, and with the most popular candidate who was already half incumbent, we imagine that a more capable person could have cleverly influenced the pace of things and dictated direction of campaigns through compelling agenda setting resulting to an electoral victory.

A more strategic thinker could have laid the foundation for realistic issue-based presidential campaigns. A true wily playmaker might have helped built sustainable political alliances in good time, brought intra-party forces closer, and even perhaps wooed defectors from PNU and other smaller parties that wound up in the advent of political parties act 2011.

An experienced strategist (he claims to have been one for Kibaki Tena in 2007) could have easily eliminated threats and capitalized on opportunities with seasoned alacrity. A sympathetic professional who claims to have witnessed PEV and formed an NGO to champion for justice could have cleared a path for longer term engagement through mobilization campaign amongst special groups like IDPs and other victims of PEV.

An astute student of Kenyan history could have himself known where the rigging booby traps were placed. Lastly, as an individual, he could have personally grown in influence within power corridors as we approached 2013 and in the process helped the party navigate the waters and capture power. But this was never to be. The secretariat was seemingly a camp for incompetent joy riders.

As we speak, Wambugu could by now be hailed in Africa as kingmaker and quiet architect of the second republic of Kenya. We could be singing his praises as an aggressive campaigner driven by conviction, one who would never have allowed two recently re-launched parties, headed by ICC indictees no less, to sell false anti-Raila propaganda and in the process build a sizeable constituency for themselves.

But NOT Ngunjiri Wambugu, a hypocrite now exposed and known to Kenyans as the quickest paid defector of presidential campaigns. For ODMâ€™s failure to capture power, Wambugu conveniently and persistently blames others but not himself, yet he was the chief political strategist with a substantive budget outlay!

Interestingly, other Kenyans who believed in the ideology also worked at the Raila Secretariat. Some like James Ongwae and Barrack Muluka joined and left the secretariat voluntarily and without much fuss.

Instead of engaging Kenyans in educative discourse based on his high level experiences, a desperate Wambugu is using his experience at the Raila Presidential Campaign Secretariat to prostitute himself to competing political interests. A shameless Wambugu has no qualms bringing unnecessary attention to himself and his unproven campaign prowess. At carefully arranged talk shows, Wambugu adopts false diplomacy, cleverly markets himself in soft tones, often casting himself as victim of imagined ethnic interests in ODM: What nonsense! Of course, he never would have left had ODM won this election like many believe they do.

A poorly kept secret is Ngunjiri was the brains behind the weakest, the most colourless and quite uncoordinated presidential campaigns that were evidently a far cry from the ODM machinery of 2007.

Ngunjiriâ€™s academic theories frustrated many hands-on grassroot campaigners who had rolled up their sleeves ready for the task ahead. He never churned a single campaign propaganda. Curiously, and unknown to many, Ngunjiri developed a soft spot and blind tenacity for a party known as Mkenya Solidarity Movement.

He had so much faith in them that he ambushed ODM leaders into a poorly plotted by-election campaign in Kangema that ended in disaster and embarrassment. Nothing much is heard about that party that Ngunjiri placed so much hope on.

Instead, Ngunjiri Wambugu now wants to use his column at the Star and in social media to mete pro-KANU campaigns and to pollute the public discourse with ghosts from that repressive reign that Kenyans would rather forget. The conclusion is while he has a right to say what we wants to, and join the party he wishes, the sum is he does not understand politics and neither is he likely to make any success of any political campaign anywhere. Watch this space for his defection from KANU.