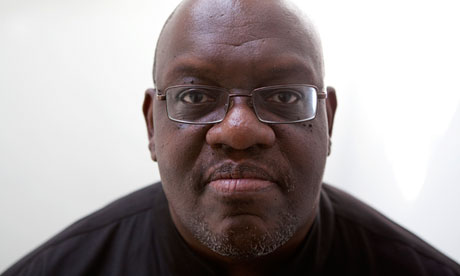 BY: David Smith for The Observer, Sunday 26 August 201

Former journalist John Githongo, who was once forced to flee Kenya and his post as anti-corruption tsar, explains why he remains optimistic

John Githongo is an irritant, a troublemaker â€“ in fact, every corrupt dictator’s worst nightmare. The former newspaper journalist has made a career of exposing graft in high places. He went into exile in Britain after threats were made against his life, but returned home to Kenya to continue the fight. Githongo never gives up.

Corruption has been a scourge of many African countries for decades. Bribery, theft and other kinds of fraud reportedly cost governments and companies around $11bn (Â£7bn) last year. The current economic boom enjoyed by much of the continent is at risk of merely enriching elites and deepening inequalities.

But civil society is fighting back. There are activists in Africa speaking truth as never before through mobile phones and the internet. People in Kenya, South Africa and Zimbabwe can turn to websites to report officials who try to bribe them.

Githongo, who graduated in economics and philosophy from the University of Wales, led the way in the early 1990s. “Those were the days of people such as Mobutu Sese Seko [in Zaire] and other colourful characters,” he recalls. “It was also a time when these ‘big men’ were doing tremendous damage to their economies and their societies as a result of the corruption they were engaging in.”

Githongo eventually took an official position as Kenya’s first anti-corruption tsar. He did his job too well for the liking of some, uncovering a scandal at the highest level. Such was his standing that donors cut aid to Kenya and President Mwai Kibaki’s government was seriously damaged. Threats were made against Githongo’s life and, in 2005; he fled the country and went into hiding in London.

He returned to Kenya three years later after being assured of his safety and launched the campaign Ni Sisi Kenya (Ni sisi means “it is us”). Why go back? “Sometimes you feel, ‘Why am I banging on about this when these crooks seem to go from strength to strength?’ You have those moments of doubt but usually the problem with writing about these things is you’ve committed yourself to positions from which it would be very embarrassing to reverse.

“Second, because you are following these issues, one finds that there will be some really outrageous or egregious incident of corruption that once again pisses you off again to say, ‘No, keep going.'”

Despite the ongoing struggle, Githongo believes the world’s perceptions of Africa are changing dramatically. It is now a leading investment destination, especially because of its natural resources. And there have also been advances in healthcare and education, he says.

“We have in many countries a generation that cannot remember civil strife in their lifetime, are well educated, speak English, and understand the west. They’re much more globalised than any other generation in African history and globalised, I wouldn’t say on equal terms, but on fairer terms than their predecessors. That does not mean that, unless we get our policy environment right, some of the contradictions that are caused by inequality and corruption won’t cause major political difficulties in some countries.”

“But I’m of the opinion that poverty used to be the great challenge facing Africa and large parts of the developing world. It’s no longer poverty per se â€“ I think we’ve got to be more nuanced about that â€“ but inequality is the most pressing challenge that we face.”

He adds: “I am totally optimistic about Africa’s future. There are going to be some serious bumps in the road but I think the trajectory is a positive one for a lot of Africa.”

Thuli Madonsela, South Africa’s public protector. “She is absolutely outstanding in what she’s been able to do. She hasn’t taken the president to court or done some other huge dramatic thing, but just small political actions by a senior public official endear her to a public that is used to great cynicism and impunity with regard to corruption in high places.”

Michael Sata, the Zambian president elected last year. “He has done a lot of good stuff. Ultimately, what you want is the majority of a population believing in the commitment of their leaders to fight corruption. When they believe, they can take action themselves which creates energy and creates almost a movement against corruption.”

African women “living at grassroots, maybe on a dollar or two a day or less, who are having to navigate corrupt environments and standing up to it. I know when things become difficult for a leader in Africa is when the mothers come out on to the street. Then it’s gone. Until then, the men talk a lot. It’s women who hold countries together.”