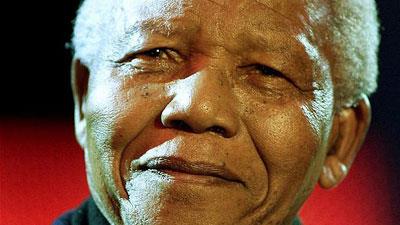 Nelson Mandela was being taken to hospital for what officials have said is a recurring lung infection when his vehicle broke down. Photograph: Siphiwe Sibeko/AFP/Getty Images

An ambulance carrying Nelson Mandela to a hospital two weeks ago had engine trouble so the 94-year-old was transferred to another ambulance for his journey to the hospital, the South African government said today. Care was taken to ensure the condition of the former president was not affected, it added.

The anti-apartheid leader remains in serious but stable condition in a hospital, according to the office of President Jacob Zuma. The government confirmed reports about transport problems when the former leader was taken to the hospital for what officials have said is a recurring lung infection. CBS News reported that Mandela had to be transferred in wintertime temperatures to another ambulance in the early morning of 8 June after waiting on the side of the highway for 40 minutes.

The government said in a statement that doctors are satisfied that the Nobel Peace Prize laureate suffered “no harm” at the time. Mandela was taken from his home in the Johannesburg neighborhood of Houghton to a hospital in Pretoria, the capital, about 31 miles away.

“The fully equipped military ICU ambulance had a full complement of specialist medical staff including intensive care specialists and ICU nurses. The convoy also included two quick response vehicles,” the presidency said. “When the ambulance experienced engine problems it was decided that it would be best to transfer to another military ambulance which itself was accompanied for the rest of the journey by a civilian ambulance.”

The statement added: “All care was taken to ensure that the former president Mandela’s medical condition was not compromised by the unforeseen incident.”

In recent days, reports from the government, former President Thabo Mbeki and a grandson of Mandela have indicated that the health of Mandela is improving, although he has been in the hospital for treatment several times in recent months.

Close family members have been visiting him daily in a Pretoria hospital amid an outpouring of prayers and messages of support from South Africans and people around the world. Zuma’s office appealed for Mandela’s privacy to be respected “and that he be accorded the doctor-patient confidentiality that all patients are entitled to in terms of medical ethics.”

On 29 April , state television broadcast footage of a visit by Zuma and other leaders of the ruling African National Congress to Mandela’s home. Zuma said at the time that Mandela was in good shape, but the footage – the first public images of Mandela in nearly a year – showed him silent and unresponsive, even when Zuma tried to hold his hand.

The ANC said on Saturday that the presidential reports on Mandela’s condition have ensured that “we are all kept up-to-date and knowledgeable about his condition” within the limits of privacy and medical confidentiality.

“The African National Congress once again calls upon all concerned parties including the media to afford President Mandela and his family respect and privacy during this difficult time,” the statement said.