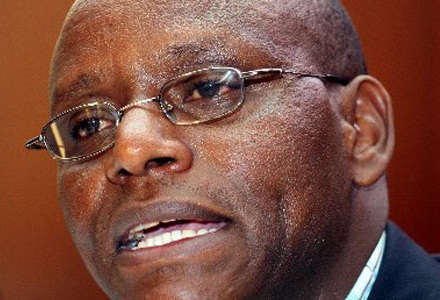 A leading human rights activist has warned that Kenya is in a severe threat to Freedom of Speech and Expression, in a press release Ndungu Wainaina of ICPC cites the warning issued byÂ  Head of Civil Service and Security Advisory Committee as the first bold open step of repressive regime in making, ” It clearly signals hostile environment for media, civil society and political parties” Ndungu added.

Here below is the full press release:

Severe threat to freedom of Speech and Expression in Kenya

The warning issued by Kenyaâ€™s Head of Civil Service and Security Advisory Committee is the first bold open step of repressive regime in making. It clearly signals hostile environment for media, civil society and political parties.

Kenyans have firmly expressed their determination to vigorously pursue electoral justice and rule of law through democratic and peaceful means. The Security Advisory Committee cannot abrogate and or suspend Constitution.

This calls for extra vigilance and condemnation of acts of clawing back progress made by Kenyans in quest for building a just, secure and free society.

The warning draws parallel and is reminiscent of tragic events of 1966 and 1982 respectively, which Kenyans later suffered enormously.

The constitutional rights that Kenyans are enjoying today are product of their struggle. These rights are not privileges bestowed to Citizens by Sate but are inherent by virtual of birth.

It is unfortunate the Security Advisory Committee is attempting at holding the country at ransom through instilling culture of fear. Only a despotic regime without legitimacy deploys such tactics.

The country is being prepared to see substantial reversal of crucial constitutional rights including civil liberties and freedoms that a significant majority of Kenyans has fought for with high cost.

Freedom of expression, speech, association and assembly, which are basic human rights and crucial components of a truly democratic free state, face real threat in Kenya with deployment of intimidation to silence. Also under possible severe constrain is right to dissent. Calls for censorship threaten to erode free speech.