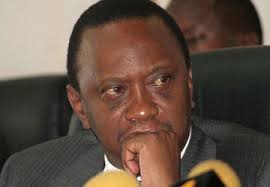 Reliable source has informed us that President Uhuru Kenyatta has now ordered the Nakuru County list of nominees to special assembly seats reconstituted. The controversial list which had 11 of the 13 nominees from the Kikuyu ethnic community outraged Nakuru residents after it was made public by Nakuru County Governor Kinuthia Mbugua.

Mr Mbugua, with no remorse or shame, posted the list of the 13 names on his Facebook page. Like the rejected votes which shocked Kenyans on the IEBC screens for days, the list read like members of Karatina Sacco( if at such Sacco exists) in an AGM meeting. He later claimed it was generated by the IEBC. It is not clear whether the president has ordered the reconstitution in his capacity as the president of the republic of Kenya or the Jubilee Alliance leader.

â€œNakuru County is where TNA meets URP to form Jubilee Alliance. It is where Jubilee meets CORD to form Kenyaâ€ said one enraged leading Social commentator, claiming the list confirms the issue of ethnicity as raised in the banned-then-allowed-then banned again-then allowed again play by Butere Girls-Shackles of Doom.
Popcorns please!