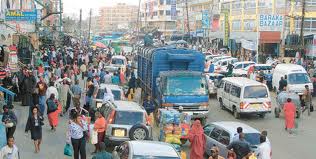 Two Alshabaab terror suspects have been arrested in Nairobi; the police seized a cache of deadly weapons believed to have been amassed for multiple attacks in Nairobi churches.

The suspects were housed in a congested single bedroom that appeared to be a to-go residency.

Nairobi deputy police boss Moses Ombati said that the operation lasted for about three hours. The police had information that four suspects of Somali origin had sneaked into Nairobi weapons. The weapons are believed to have originated from the Alshabaab in Somali.

The suspects were taken for interrogation by the Anti terrorism police.

The arrest and seizure of the weapons is a warning to Kenyans especially in Nairobi and Mombasa that terrorists can strike anytime. Wananchi should take precaution, avoid crowed areas and report any suspecting characters to the police.