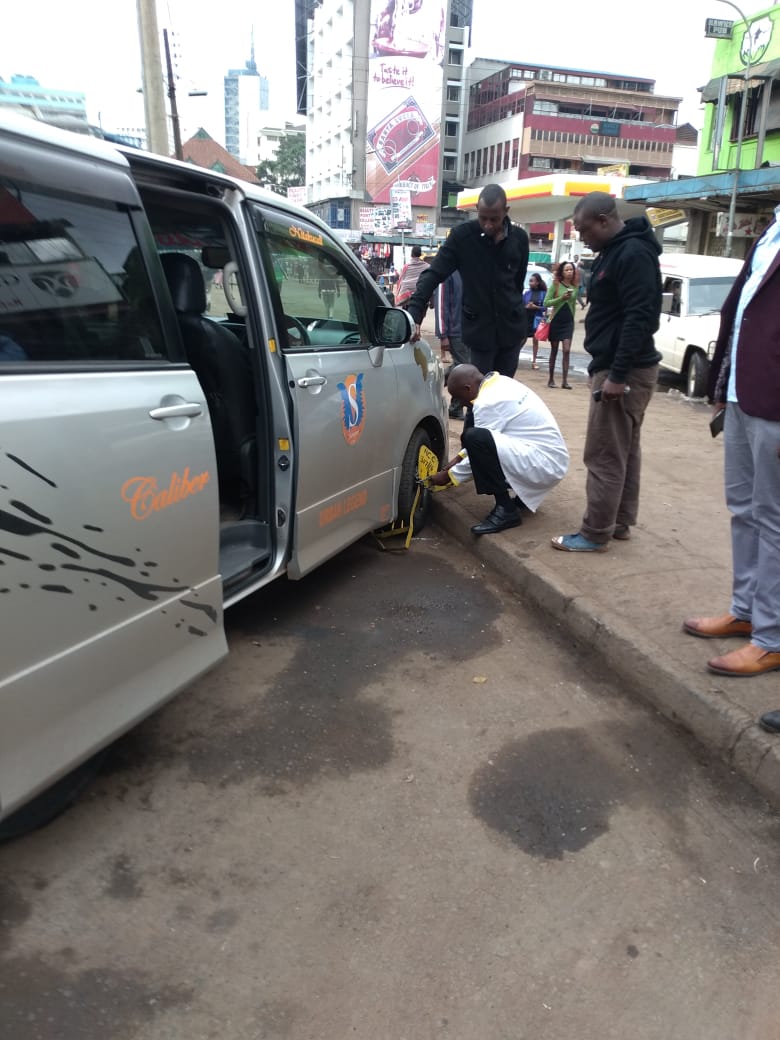 When Nairobi Governor Mike Mbuvi Sonko said no Public Service Vehicle should enter the Nairobi’s Central Business District (CBD) as from Monday, he meant it! As the country turned into a walking nation, some PSV operators dared the Nairobi County boss and accessed the CBD. This found them on the wrong side as all the vehicles found within the CBD were clamped by City County enforcement officers.

In a directive that had been issued last week, Sonko had directed that matatus should enter their respective termini, which had been allocated depending on the matatu routes.

The Eastlands matatus have their terminus at Muthurwa, where as all matatus operating on Thika Superhighway were allocated one terminus at Ngara, fig tree market. From there you have to walk all the way to another terminus, or rather to your working place.

People had to walk long distances in search of their terminus where s others had to walk all the way to their work places, mostly in Westlands and Upper Hill.

In Kenya, @MikeSonko , Askari Kanju and Team Just woke up and decided to surprise us.

Your Plans Just caused the Worst Jam ever in Town, not even witnessed during rainy season when sewerage overflows in the streets of Nairobi CBD!#MatatuCBDBan

The situation was highly blamed on lack of proper planning since people complained of lack of walking paths on most roads which made people squeeze themselves in between the road which they had to share with the vehicles.

Some blamed governor Sonko of not considering people living with disabilities.

@MikeSonko you dint consider the people with disability! We dont have walking paths!!! #Effects of handshake:No one to fight for the poor #MatatuCBDBan #JubileeNiGutee

Do you think the move by Governor Sonko to ban matatus from accessing CBD will help decongest the city?