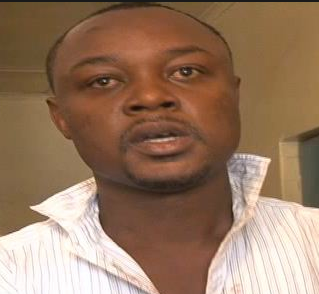 By Cyrus Ombati and Felix Olick for the Standard

Tony Ogunda, the man at the centre of the acrimonious divorce between former minister Raphael Tuju and his estranged wife Ruth Akinyi, was stalked by controversy even in death.

Ogunda was found dead Tuesday morning on a sofa where he spent the night as a guest of the son of Akinyiâ€™s sister, Collins Okoth.

In spite of a court order restraining him from entering a number of properties belonging to the former Rarieda MP, the property on which he died in Nairobiâ€™s Upper Hill area hosts the offices of an NGO run by Tuju â€” Kenya Hope Foundation â€”and is believed to belong to him.

Besides his body was a container and syringe which police suspect was used to inject him before he died.

Ogunda, still only in his 20s, is best known for his very public run-ins with 54-year-old former Foreign Affairs minister who filed for divorce over his relationship with his wife.

Tuju, who is in Johannesburg, South Africa, said it was unfortunate Ogunda had died.

â€œI cannot wish anyone death and it is unfortunate he died. Let the police carry out their investigations,â€ he told The Standard Tuesday.

Relatives and former colleagues of the ex-General Service Unit officer gave conflicting accounts of his life that gave the impression of a split personality.

Even the reason why the well-built young man left the GSU after only two-year service was as mysterious as his sudden death Tuesday.

His former colleagues at the paramilitary unit claimed he was dismissed over alleged links to crime.

But his elder brother, Fredrick Omondi, claimed he quit the GSU in 2008 (he had only been recruited the previous year) to pursue further education.

Omondi said his brother would have finished his Bachelor of Education programme by next year at Maseno University.

Kilimani police boss Bernard Muli said they found a bottle labeled Humalog 1DNA 100 gms with the syringe next to the body. The drug is used for diabetes treatment.

â€œThis is a case of sudden death and our officers are investigating it. We do not know what caused the death,â€ said Muli.

According to his former colleagues at GSU Headquarters in Nairobi, Ogunda was dismissed from the service after he was allegedly involved in an abduction saga.

â€œHe only served for two years having passed out in April 2008. He was dismissed for involvement in abduction,â€ said the officer who did not wish to be named. â€œBut it also rumoured that he was secretly involved in drug trafficking.â€

But his elder brother said the quest for higher education saw him quit the elite police unit whose members offer VIP protection. â€œHe was pursuing a Bachelor in Education and was supposed to clear his studies by next year,â€ explained Omondi, clearly overwhelmed by emotions.

He maintained that his brother was in school full time and only travelled to Nairobi one and a half weeks ago to attend â€œa court caseâ€ he was not willing to discuss.

Ogunda had been named in a divorce petition filed by Tuju, who is seeking to legally end his 27-year marriage to Ruth Akinyi Wanjare, with whom the former presidential aspirant has three children.

Omondi declined to discuss the controversy surrounding his brother and Tujuâ€™s wife but acknowledged that â€œhis family had discussed the issueâ€.

Former GSU colleagues who worked with Ogunda talked fondly about the man whose life tragically came to an end as jovial but whose mind was hard to read.

â€œHe was very jovial and soft spoken. Although it was very difficult to read his mind,â€ said an officer who went with him to Embakasi GSU Training schools.

According to police reports, Ogunda had been with his friend, Okoth, on Monday night on a drinking spree. They went back to the house at about 2 am.Okoth said in his statement they went to the city centre for a while on Monday before walking downtown to Relax Pub on River Road where they had drinks until about 1.30 am.

â€œWe left the residence at about 11 pm and headed for town for drinks before we returned at 1.30 am and retired to bed. I slept on bed and he slept on a sofa,â€ said Okoth.

He said he woke up at about 6.20 am and tried to wake up Ogunda but there was no response for 40 minutes. He had been hosting Ogunda for the last two weeks, he said.

His elder brother said Ogunda was not sick and his family in Sindo, Homa Bay County, was shocked to receive the disturbing news of his death. â€œFriends and relatives staying in Nairobi began calling the family at about 9-10 in the morning,â€ he told the Standard.Â  Okoth rushed to the nearby Capitol Hill Police Station where he reported the matter and police visited the scene moments later before recording a statement from him.

The body was however taken to the City Mortuary at about 11 am where police reported it was out of a sudden death incident.

The scene where the body was found is a servantâ€™s quarter and its door showed evidence of a forced entry.Â  It is not clear when and who broke the door as Okoth who is a student at the Utalii College in Nairobi declined to give further details.

Other residents of the compound just pointed to the house where he died and declined to open the main gate and give interviews.Â  The house neighbouring where the body was found, number 10 also belongs to Tuju.

Ogunda who is alleged to have been involved in a physical brawl with Tuju at one time completed high school in 2005 at Kanga Boys high school. Earlier, the third born in a family of four went to Xaverian Primary School in Kisumu.

Ogundaâ€™s lawyer Cliff Ombeta visited the scene and expressed shock at the death revealing the deceased had been complaining of death threats from unknown people.

Ombeta said he last talked to Ogunda on Monday at about 4 pm and discussed with him an assault case that he wanted to file and complain against the former minister and his guards.

â€œHe said officers at Kilimani were not co-operative with the case and I advised him to report to Nairobi Area CID. There are some documents I also wanted from him, which he never handed to me,â€ said Ombeta.

Apparently, Ogunda planned to record a statement to claim Tuju and his bodyguards had assaulted him on May 30 at the neighbouring house where he was found.

This followed an order by the courts that he records the statement with the police. Since then, he, according to Ombeta, has not managed to do so because police were apparently uncooperative.

Ombeta said Ogunda had demanded an identification parade to enable him to identify those who assaulted him on the said day.

This story was first published by the Standard Online team , follow this link to read more other stories by the Standard media group http://www.standardmedia.co.ke/?articleID=2000087360&story_title=mystery-syringe-as-tuju-wife-s-lover-found-dead