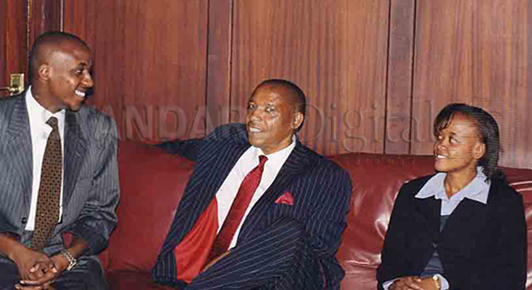 Sources including Standard Group’s Kenya Televison Network (KTNÂ ) have revealed that traces of poison were found on Mutula Kilonzoâ€™s liver during the autopsy.

KTN also announced in a news bulletin that the government team that was involved in the autopsy has refused to send his body samples to the UK for analysis.

A team of seven pathologists among them a Briton who was hired to perform the autopsy took 52 samples for an independent analysis but the government pathologists have withheld them.

â€œNo sample will be taken out of the country as all the samples collected can be analysed locally,â€ Government pathologist Johansen Oduor.

Traces of the poison was also on the late Palestinian leader Yasser Arafatâ€™s clothes he is said to have worn before his death.

Mutulaâ€™s current wife wants him to be buried in Maazoni where he was living while other family members want him to be laid to rest in Mbooni where his parent come from.https://www.kenya-today.com/

KTNâ€™s reporting on the Mutula developments start at minute 3:00Â on the video below..