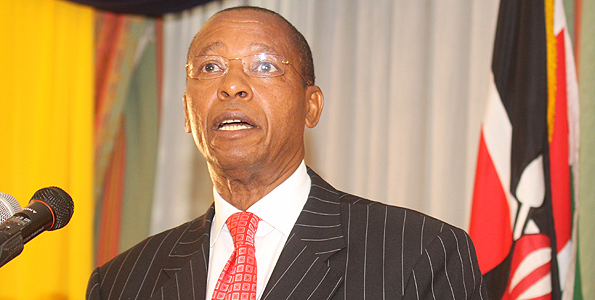 Prime Minister Raila Odinga is in shock and disbelief following reports that Makueni Senator Mutula Kilonzo is dead. He revealed that he had lunch with Mr Kilonzo on Thursday in Nairobi.

Mr Musyoka said it was difficult to say what exactly happened.

â€œWe leave it to the team of doctors who have come to work on the body and we hope that they will get down to the bottom of the matter,â€ he said.

â€œThe death of Mutula has shaken us all and is one of the most unexpected news. Itâ€™s hard to say anything,â€ Mr Musyoka said.

Mr Odinga described the death as a tragedy coming soon after the Senate opened its door for business where Mr Kilonzo served.

â€œAt this moment, speculation is high but we ask Kenyans to remain calm. We in the Cord coalition will do everything possible to make sure that the truth of Mr Kilonzoâ€™s death is told,â€ he said.

â€œIt is a big loss for the Cord team as Mr Kilonzo was a pillar and central to our operations.â€