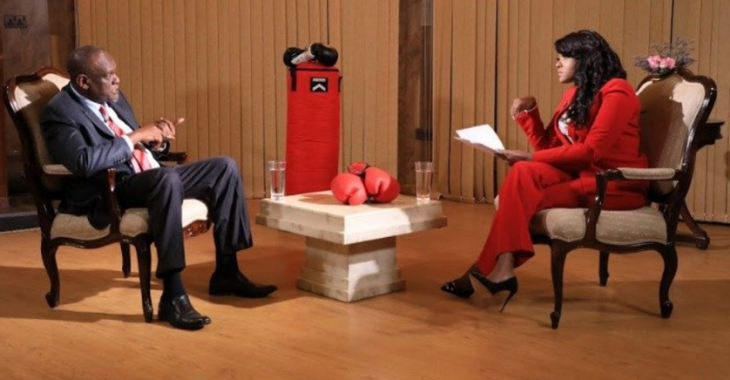 David Murathe  Former jubilee vice  chair,has openly come to the defense of interior cabinet secretary Fred Matiangi over his role in the run-up to the 2022 polls.

In an exclusive interview on the popular K24 Punchline political show on Sunday, January 13, Murathe revealed that Matiang’i plays a key role in the government as it is right now.

Murathe revealed that the Interior CS would serve diligently as public leader.

Murathe however,played adamant  on the having both Matiang’i and ODM leader Raila Odinga work together come 2022 terming it as matter that was inconceivable in the country’s current political atmosphere.

Amidst claims of Matiangi engaging in politics ,Murathe said:

“You people are forgetting that the docket of Cohesion and Reconciliation is a docket in the office of the president under the Ministry of Interior and Coordination, of which Matiang’i is the head. If Matiang’i does these conventions to educate people about the BBI, he is well within his limits,” Murathe stated.