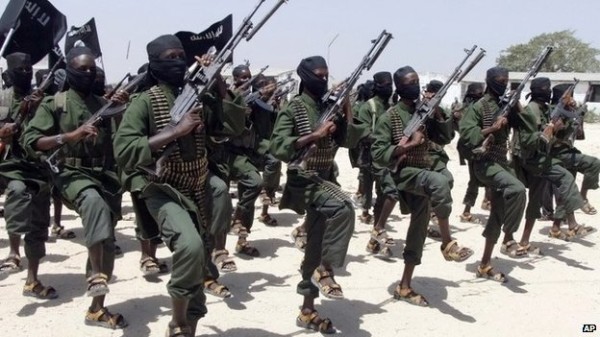 LAMU COUNTY: One of the puzzling aspects of the Mpeketoni attack is the total and absolute failure by security forces to respond, although the country was notified of them through social media as soon as they started. There is a General Service Unit ( GSU) at Nyongoro, about 30 kilometres from Mpekotoni on your way to Witu. Again, the red helmeted and fearsome unit did not budge from its base until much later.

â€œI want to be put on record that I called the GSU base commander there and he told me he had no orders to move into action,â€ said Raphael Munyua. â€œThe government fed us to the dogs.â€ â€œThe casual manner in which they went about their business suggests they were very sure police were not going to come in,â€ said Mr Johnson Ndolokani, a political activist, among the first people to call the local police bosses.

AP and regular police officers at Mpeketoni say they were simply overwhelmed by the enemyâ€™s superior weaponry just a few moments into the attack. But why then did reinforcement come in at five in the morning, 10 hours after the attack started and at which time the attackers had fled? Several people who talked to The Standard on Sunday said they informed the local police bosses, including the county police commander, the county commissioner, Inspector General of Police David Kimaiyo and even State House officials of the attack.

Lamu County Deputy Governor Eric Mugo said he personally called some senior officials at State House and informed them they were under siege. â€œThey promised to inform the police bosses in Nairobi and make the President aware. To date I do not know what prevented them from acting fast enough,â€ he said.

Mr Mugo is a resident of Mpeketoni, and like majority of the townâ€™s people, he was taken aback by the fighting. â€œMy wife thought it was the iron sheets being rattled by the wind.â€ But when his two bodyguards ventured out, it became apparent that this was no wind, but a fierce fight they were ill-prepared to confront and did not have the weapons to fight it. And so they took off to the bushes.

Lamu County Governor Issa Timamy said he was informed of the attack almost immediately it started and he called the county security bosses. â€œOne of them told me he was not aware of the attack, one promised to call back when I caught him on phone and another one did not pick my call,â€ he said. He was at the time in his official residence in Lamu Island. Timamy said he was advised by his security not to cross to the mainland. However, with the local security bosses there, he said, they marshalled a security contingent from the Island that crossed to the mainland around 12 am.

But this contingent, when it arrived, made no attempt to take the fight to the militants. The same is true of the Rapid Deployment Unit stationed at Mkunumbi, about 15 kilometres from Mpeketoni. â€œI called the RDU chief and he told me he had no orders to go into action,â€ said John Mathai, a businessman. â€œFurthermore, he feared they had no idea about the enemy and they might be getting into a trap,â€ he added.

What might have contributed to this state of affairs is the fact that communication became almost impossible after the Safaricom transmission mast at Kibaoni ran out of fuel. This happened after the militants, quite strategically, blew up the Kenya Power transformer at Kibaoni earlier at 10 pm. â€œNo one really knew the nature of the beast we were dealing with. It was scary.

These people came extremely well informed and well-armed. It was pitch dark at night, everywhere was on fire from burnt buildings, more explosions and gunfire were renting the air. We did not know whom or what we were fighting against,â€ said a senior police officer who did not want to be named.

BESIEGED STATIONS And so even if as Kimaiyo informed the country he had given orders to the police to confront the attackers, nothing was moving on the ground.So comfortable were the attackers that James Gichu, lying in a drainage near Kibaoni petrol station where his friend had been shot off his motorbike, saw a group of the attackers casually parked by the petrol station, perhaps to compare notes.

”They stayed there for almost one hour, just laughing and chatting. They would occasionally make or pick calls on the radio calls and engage in banter in Somali. One or two of them talked Swahili,â€ he said.

Since Mpeketoni police station has no houses for officers, most of them stay in rented houses in town and usually leave their guns at the station when they go home. It proved difficult for officers to regroup more so after the militants besieged their stations.