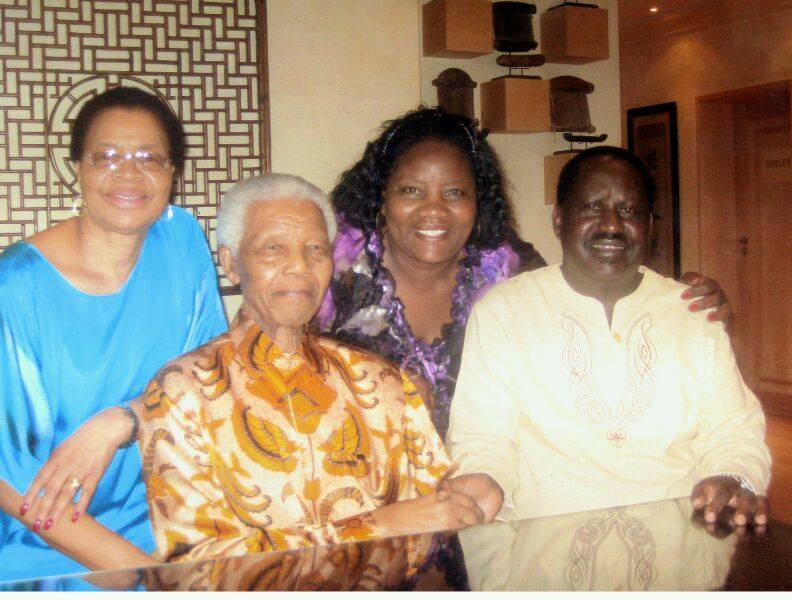 Mr Mandela, who toured Kenya at the invitation of the then President Daniel Moi, had expressed interest in meeting Jaramogi but failed after his requests were sabotaged.

Former Prime Minister Raila Odinga Sunday told theÂ NationÂ that Mandelaâ€™s wish to meet his father while in Kenya in July 1990, failed after the government blocked it saying it was not planned for.

The late Jaramogi was then leading a powerful campaign against Kenyaâ€™s single party rule to usher in multi-party politics and was considered an enemy of the State.

Though the government frustrated the Mandela-Jaramogi meeting, the then opposition figures and activists among them Siaya Senator James Orengo still managed to force a brief appointment with Mr Mandela.

â€œWhen Nelson Mandela visited Kenya upon his release from detention, I was in detention myself so I only heard of his visit,â€ Mr Odinga recalled.

â€œIt was at this meeting that he (Mandela) told me that he had wanted to meet Jaramogi Oginga Odinga during his first visit to Kenya, but he did not do so because the State did not make arrangements for it,â€ he stated.

The former South African leader had met Jaramogi way back in Addis Ababa, Ethiopia, at the launch of the now defunct Organisation of African Union, where ANCâ€” a leading liberation movement in the region was a key player.

Mr Odingaâ€™s most recent meetings with Mandela took place in Johannesburg and Capetown, where the two leaders arranged for their families to meet and interact.

The two had a number of similarities having been victims of State oppression with Mandela spending 27 years in jail while Mr Odinga did nine years for perceived political crimes.

â€œOur other meeting was at his other home in Cape Town. This time his memory was fading and had a problem with his hearing. He had to be told things and he would then respond.â€

Mr Orengo Sunday recalled that a meeting with Mandela organized by various opposition and human rights activists took place for few minutes due to too much espionage by the State at the time.

â€œI managed to be in the team of activists who went to see him when he visited 23 years ago. The meeting was very short,â€ he said.

The Senator said that Mandelaâ€” a strong human rights proponent and a pro-democracy politicianâ€” supported the then clamour for multi-party politics, something the Kanu regime was unsettled about.

Later, Mandela toured various establishments supported by the State including a visit to Moi High School Kabarak in Nakuru accompanied by President Moi.