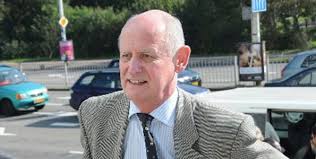 Reports that two ‘key’ ICC witnesses who were to testify against Deputy President William Ruto have stopped cooperating with the ICC Chief Prosecutor five days to the commencement of the trial at The Hague is the big news in the Jubilee rank and file. However, to those who follow ICC proceedings with a sense of wanting justice, so many questions cross the mind.

First, they wonder what the term ‘key witnesses’ mean. Every time there is a report about some individuals stopping to work for or with the ICC, the words are usually grand, however Â “Key” and “Main” often interchange with adolescent abandon-just how many witnesses in Fatou Bensouda’s shopping list are “key”, “Main” or “Major”? Â Why is it that everytime it is only these “key” or “main” witnesses that “withdraw” because the ICC which they willingly agreed to cooperate with is today a cause of “immense emotional and mental suffering”?

Another sickening observation is that each time these “key” witnesses withdraw, the first to know are the accused, or their handlers who then release the ‘good news’ to the media. With some unknown lawyer on tow, these ‘key’ witnesses were either working with some “NGO” or local media organization and must ‘introduced more witnesses’ to the ICC.

The witnesses whose identities are never given then bring in the family angle, saying how their participation was “opposed by their families” who have Â increasingly been under “threats of physical harm” by unknown people. Some even go ahead to say how their family members have become “mentally ill” due to the “stress” caused by their association with the ICC.

Interestingly, in the last withdrawal, one of the witnesses had the guts to say the following:

â€œBased on my personal survey, it is evident that the victims and those perceived to be against the community have reconciled and now Kenya is a stable country,â€ really?

Then he continued,Â â€œbased on the above, I have decided to withdraw myself willingly from the process and I have gone back to my country. I have also asked my family to vacate the safe house. I have no intention to go back to the process.â€ Really? Â Really? Oh Really?

Often when I read these insinuations, and temper them with the images at Kiambaa Church or the deep panga wounds of Naivasha, I resign to fate. Justice is a very controversial thing.