Hon SONKO HITS governor Kidero below the BELT with the LAUNCH of “SONKO RESCUE TEAM”
Nairobi Senator Mike Sonko has once again hit the ineffective Governor Evans Kidero below the belt by launching an effective rescue team that will come in handy for the City’s hustlers who are the majority.

The flashy Senator has unleashed his rescue team of 3 emergency ambulances and one fire fighting engine that will give free services to the City residents. According to a senior official from the Senators office one Ambulance is already in operation complete with 3 medical staff and emergency kit, while two others are still undergoing registration.

The Senator’s senior aid says the fire engine which was donated by Sonko’s friends from Belgium will also come in by January after being registered locally.

“The Sonko rescue team will operate in all the City’s Constituencies especially in informal settlements where medical services are not within reach.” said the Sentor’s aid

Nairobi which is the Capital of East Africa has one of the highest child mortality rates in the region which forced the First Lady Margaret Kenyatta to launch the beyond zero campaign to lower the child birth deaths.

Nairobi County Government has so far not launched an effective medical and disaster response team despite the billions collected by City Hall from the poor City dwellers.

Contacted for comment on the launch of the rapid response team Sonko lauded First Lady Margaret Kenyatta for launching the beyond Zero campaign saying the Sonko Rescue team will work in sync with the beyond zero campaign to ensure the aim of free accessible medical aid is achieved.

” My team will work with all stakeholders including the Nairobi County Government to ensure this initiative succeeds.” said Sonko in his short text message to our team. 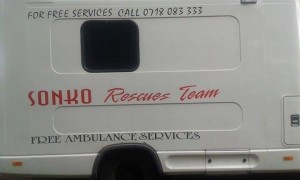 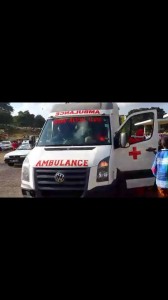 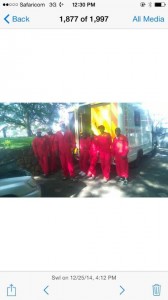