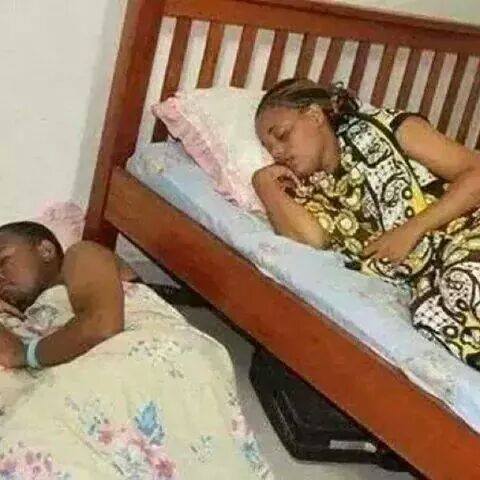 Yes, Men mostly from Central Kenya who have suffered serious beating in the hands of their wives took the joke by Maendeleo ya Wanaume Chairman a Mr Nderitu serious and indeed boycotted>>>> not sure if they boycotted as most of them are accused of not much ……

Meanwhile in Nyanza, Western, Rift Valley, Coast and Meru regions it was business as usual …..

Elsewhere some 310 men have been assaulted by women this year with 110 of the victims having their private parts chopped off. Maendeleo ya Wanaume Chairman Nderitu Njoka says other assault victims included men who were burnt using hot water and acid.

Many, he says, lost their lives in the process. Mr Njoka said a survey that the organisation carried out also indicated that 70 per cent of Kenyan households are headed by women in spite of the presence of men in the homes Consequently, the organisation has urged Kenyan men to extend a sex boycott called by the organisation, and which kicked off on Tuesday to Sunday.

Njoka said the boycott would culminate to prayers for men in the churches. Speaking at Embu Level Five hospital during a follow-up visit of the many victims of domestic violence incidences reported in the county, Njoka said the extension was due to pressure from the members who said one day was not enough for the awareness campaign.

Below is the picture of a couple in Nyeri>>> 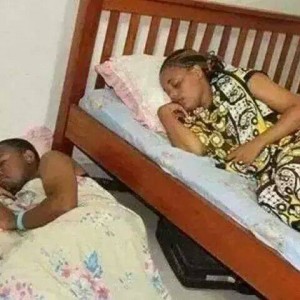