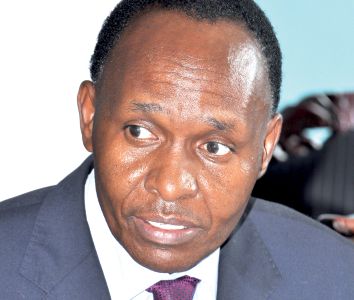 Iringo is accused by the executive for frustrating senator Mike Sonko in the just concluded Mathare by election. Iringo is said to have given his â€˜blessingsâ€™ to Beth Mugo and Maina Kamanda to lead the TNA campaigns, the outcome was disastrous and this angered Uhuru.

Beth Mugo and Maina Kamanda have been adversely mentioned in social media to be against a certain tribe that dominates Mathare constituency while on the hand Sonko is seen as a neutral player who can be a unifying factor in highly divisive issues like the MRC issue at the coast and ”slum politics’ owing to his philanthropic work in Nairobi.

The unique strength of Sonko is what TNA should have tabbed in Mathare BUT instead Kamanda and Beth Mugoâ€™s ego is alleged to have taken centre stage. Projects like William Omondi performed disastrously in the by election that was very close to call.

Senator Sonko only went to Mathare once where he spent 6 hours a night before Uhuruâ€™s campaign tour. Sonko mobilised the residents and the presidentâ€™s campaign was super although there were claims that CORD had planned to youths to embarrase the Uhuru.

Iringo now will be chilling at DoD a way from the glmour of the police and provincial administration.