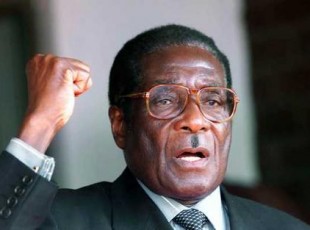 Uhuru, Castro, Mugabe are being touted as some of the few Rogue leaders expected to grace Mandela memorial service. The bureaucrats in major capitals of progressive nations like US, France, Britain are scratching their heads to ensure their leaders don’t get anywhere close to a photo-op with these rogue leaders.

Obamaâ€™s handlers have asked that their man doesnâ€™t sit anywhere close to rogue leaders like Uhuru, Castro, Mugabe and Venezuelaâ€™s Maduro. In the 2012 election Obama had to fight back images of him in a photo with the late Venezuelaâ€™s Hugo Chavez.

A photo-op with Uhuru can easily cost a Western leader home support and give him very negative media coverage. David Cameron spent a whole 2 weeks fighting PR fall-out over rumors that he probably met Uhuru. David Cameron, under the good advice of his staff, refused to meet Uhuru for fear of a photo op and embarrassment and he delegated that role to his low cadre foreign ministry staff.

Disappointed, Uhuru handlers circulated a Sonko style photo-shopped photo of Uhuru and Cameron. Kenya Today later authoritatively established that it was actually a Raila-Cameron photo with David Cameron at The No. 10 Downing Street, but Raila’s image was replaced that of Uhuru.

There are reports that Uhuru had been denied clearance to attend Mandela funeral events by the South African government but was allowed after Dutch Queen Beatrix intervened.

Jubilee would have been extremely embarrassed had the funeral organizers (who are determined to ensure that the attendance also reflects Mandelaâ€™s wishes) gotten their way. This is important because Jubileeâ€™s recent reversal of media freedoms and interference with the judiciary havenâ€™t gone down well with the world.

The organizers were afraid that the ICC inductee Uhuru who is currently facing crimes against humanity charges of rape, murder, genocide and mass displacement if present at the funeral would be a blemish and bad PR on Mandela’s legacy which they would want far removed from the acts like the ones Uhuru had been accused of.

That Mandela avoided genocide suspect Uhuru like plague is not a secret. Mandela only agreed to meet Uhuru after the intervention of Raila Odinga who told Mandela that human beings make errors at some point in their life.

And Raila was a bossom buddy of Mandela who viewed Odinga and his father Jaramogi as the only visionary leaders who had palpable ideals that they stood for. Itâ€™s this respect that made Mandela listen when Raila intervened to help kamwana meet Madiba.

Itâ€™s also well documented that the 1990 Madiba’s visit to Nairobi was intended to see Kenya’s doyen of Opposition politics Jaramogi but as a cover-up pretended that it was Moi he was coming to see. The government however frustrated Madiba’s efforts to meet Jaramogi.

The credible The Standard Digital edition reports that Madiba confided in Raila years later that hisÂ objective of visiting Nairobi in 1990 was therefore not fulfilled, and he was personally affected when he received reports of Jaramogi’s death before he had met him.

Madiba had been moved by the determination of the Odingas to soldier on in their pursuit of the vision of a free, democratic and liberated Kenya. Only the Odingaâ€™s story of incarceration, house arrests and detention Mandela felt Â measured up to his own predicament.

He especially felt for Jaramogi whose own son Raila was targeted, and was still in prison. Madiba understood well that the way to really break a manâ€™s spirit was to target his own children.

Mandela’s fears of meeting Uhuru were guided by what message meeting a genocide suspect would send to the world.

However at the intervention of Jakom, Madiba- who, as aforementioned had immeasurable respect, adoration and respect of the Odingaâ€™s- Â secretly met Uhuru with the understanding that Uhuru would keep it a secret.

Uhuru had hoped that by meeting Madiba he would ask him to lobby the UN for the deferral of his cases in those days of Kalonzo Musyokaâ€™s shuttle diplomacy.

Mandela even refused to be photoed with Uhuru and any photos of Uhuru and Madiba that have been circulating are photo-shopped and should be treated with the contempt that they deserve.