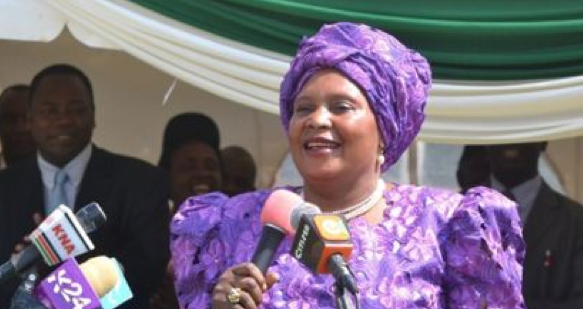 The Director of Public Prosecutions (DPP) Keriako Tobiko has ordered police to probe two MPs over alleged hate speech. This follows a complaint by the Law Society of Kenya (LSK). LSK Secretary Apollo Mboya who wrote to the DPP asking him to instruct Inspector General (IG) David Kimaiyo to probe Starehe MP Maina Kamanda and his Othaya counterpart Mary Wambui.

â€œThe allegations by the two MPs in the mainstream media has the potential to incite the public to violence and in our estimation, constitute hate speech, which if not curbed, can plunge the country into chaos,â€ Mboya said.

Mboya said that the two legislators were exclusively quoted on page six of The Star newspaper on (June 18) uttering several inciteful messages. He attached the said article to the letter, which also urges the DPP to instruct the Media Council of Kenya to institute a probe.

â€œSection 13 of the National Cohesion and Integration Act makes it illegal to use threatening, abusive or insulting words, acts or materials liable to stir up ethnic hatred,â€ Mboya added.

Mboya said that Section 62 of the Act further outlaws speech intended to incite feelings of contempt, hatred, hostility, violence or discrimination against any person, group or community on the basis of ethnicity or race.

â€œWe urge you (DPP) to exercise your constitutional responsibility and direct the Inspector General of the National Police Service and the Media Council to investigate the report and swiftly take the necessary action,â€ Mboya said in his letter.

The letter is copied to Kimaiyo and Mr. Hassan Mohammed (National Cohesion and Integration Commission).

Mboya said that the article in The Star attributes several utterances to Kamanda, MP for Starehe as: â€œI want to tell Raila that all members of the Kikuyu community will protect Uhuruâ€™s Presidency by all means necessary, even if it means shedding blood.â€ â€œThe fact that we are silent does not mean that we donâ€™t know what is happening.

I urge you all to be ready to respond when we sound the warning. We must defend the Uhuru Government.â€ The article further quoted Othaya MP Mary Wambui that: â€œYou have been sleeping and the time has come for you to wake up. We cannot allow this man to destabilize this country the same way South Sudan is going.â€