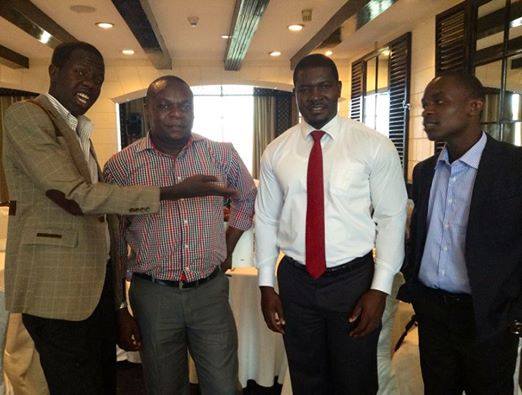 Wanainchi attending a magistrate’s court to witness student blogger Dikembe Disembe take plea for alleged HATE SPEECH charges were shocked when the the presiding magistrate ruled that the he be granted CASH BAIL of Kshs. 2 million, a BOND of Kshs.5million and a surety of similar amount.

The magistrate’s order shocked many especially his lawyers who had argued that Dikembe was not a flight risk and that he had showed great respect to the court by cutting short his summer study in USA to come and answer to the charges.

The order by the magistrate has been termed as outrageous by some civil society activists, some have termed it UNREASONABLY PUNITIVE aimed at taking Kenyans back to the dark days of KANU.

Here is how one human rights defender reacted :

My Brother George Nyongesaas regards the case of Dikembe… Go to court tomorrow Saturday and get a judge of the High Court to release him; Show that it is doable. I have been in this situations before under the Moi and Kibaki days and we got a judge ( even conservative ones like Mutungi) to drop such stupid terms. Let us not be the ones to say that the judiciary has gone back to the Moi days, let us show that the Moi days will NEVER come back so that those stupid magistrates know it and stop these rubbish. Ask CJ Willy M MutungaDr Willy Mutunga through a complaint to investigate such magistrates through the Judicial Service Commission and throw such magistrates out. It is doable.