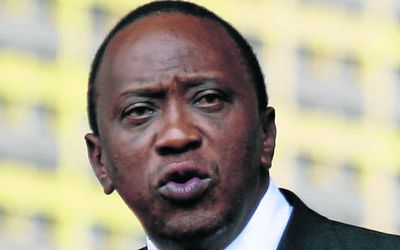 It is less than two years since President Uhuru took to the podium and announced to the world that his Jubilee administration will offer free laptops to class one kids. The kids have been waiting and nothing is forthcoming not even China made toy laptops!

Nothing is painful to a 5 year old like an adult lying , they never forget and experts have warned it may have long term effects as they grow up.

The same president who did NOT honor his promise has today again gone an extra mile to promise 13 year olds’ and their parents that secondary education will be free!

Towards this goal, said the head of state, the government will sharply increase the funds available for education in the next financial year.

â€œWithin three years, this country will offer truly free secondary education to every young Kenyan of ageâ€, he said from Kisii High school where he was the Guest of honour as the institution celebrated its 80th anniversary.