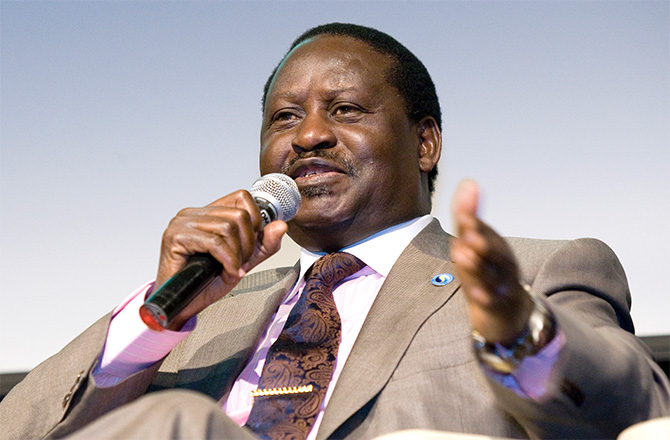 Western Kenya region that boosts 21% of undecided votes (Synnovate Ipso polls) is set to decamp en mass to Raila Odinga’s CORD coalition. A group of more than 400 professionals drawn from the four counties of Western Kenya have vowed to campaign for CORD’s presidential candidate Raila Odinga.

The move is a big blow to UDF presidential candidate Musalia Mudavadi who hails from the region and also Jubilee alliance in the race for the undecided. Raila Odinga has consistently ranked a head of Uhuru byÂ  margin of more than 6%, this is above the margin of error. Uhuru can only close the gap if he wins overÂ  the undecided voters.

Here is the statement by the Western Kenya Professionals.

At a meeting of 400 professionals from the 4 Counties of Western Kenya and Trans Nzoia, at Sosa Cottages in Vihiga County:

We have met here this 2nd Day of February 2013 as Professionals from diverse backgrounds from Western Kenya Region, concerned about the political direction of our Region. We are concerned that facts and the truth are slipping away amidst the political rhetoric that is pervading the country during this period of political contest. We want to use our professional competencies to ensure that our Region benefits from facts and truth in this highly charged political contest.

We have met here to revisit the political agenda of our Region and to proclaim our collective wisdom on the options and choices before us.

We have carefully analyzed and considered the options before us on Kenyaâ€™s political leadership and we can only see two options:

1) There is the option that is so afraid of the Reform process in Kenya—in the name of Jubilee and Amani Coalitions, that it appears they would be happy to assume State power and use it to reverse the gains we have realized in this country. This option has narrowed down political contest and state power to a fight for self preservation and protection.

2) The other option is the one whose proponents have demonstrated consistency on championing the reform agenda of our society. This option is mainly led by people who have shown consistency in their stand on various issues of public concern in Kenya—as represented by the CORD Coalition.

There are other formations that have also presented themselves as alternative options but our analysis of the same tells us that either it is a very long shot for some or others are simply â€œPlan Bâ€ pseudo of one of the main options we have identified.

As professionals from this Region, we have decided we must actively get involved in determining the political leadership and control of state power in our country. We are witnesses to how state power can be used to a peopleâ€™s exclusion in societal development. We want this Region to take its rightful place at the table where State power is put to use for the benefit of society.

We have made a choice to mobilize and educate our people on these two choices we have identified so that the truth and facts donâ€™t slip away. We donâ€™t want our people to participate in the ongoing political contests only as recipients of handouts and cheers leaders. We want them to make decisions on the basis of credible information, facts and the truth. We will actively facilitate their access to this information, facts and truth throughout the campaign period till election day.

We acknowledge the fact that one of the Presidential candidates is a son of our Region and we wish him well, but we hasten to add that in our wisdom, he is neither part of the two main options nor the progressive option. In our wisdom therefore, he can only be part of the â€œothersâ€. We want to educate our people on this naked truth however bitter it is for them.

To make a bad decision two times in one political career is too much. We want our people to make decisions as informed voters so that their leaders can follow them. We want to mobilize our people to lead so that their political leaders can follow them into the right option. The right option can only be the progressive option and the progressive option can only be the option that is championing societal reform. That is the option that will help us to build Western.

That is the option of CORD led by Hon. Raila A. Odinga, whose 10 point manifesto we are endorsing here today.

This is the option we shall mobilize, campaign for and whip the vote out and protect it to ensure that the right people are in charge of the State.

We have deliberately chosen to invest in CORD and to pronounce our unwavering support to the CORD presidential candidate, Hon. Raila Amolo Odinga, because it offers the best options for Western Kenyaâ€™s political and development agenda. We are investing in CORD with full knowledge that we shall take our rightful place and make our legitimate demands on the system when its time comes to invest in us and in our Region from the 5th of March 2013.