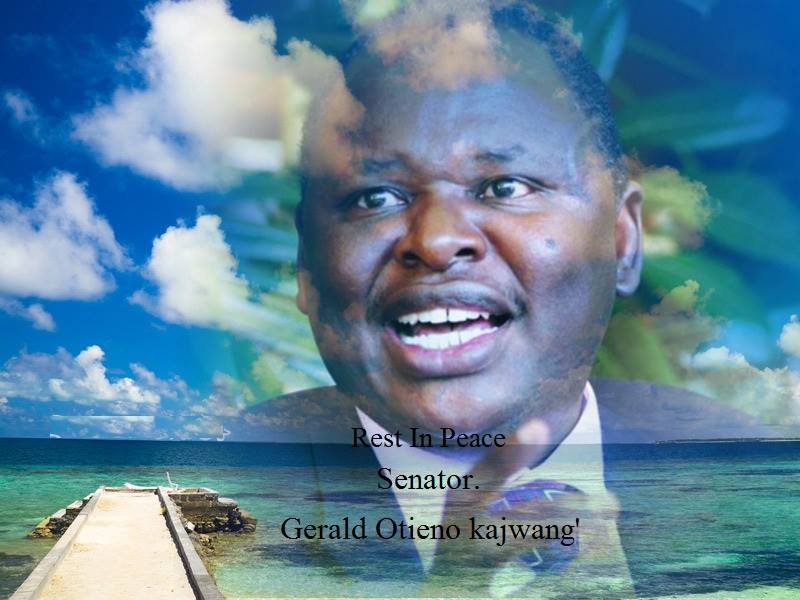 The Orange Democratic Movement (ODM) has formed a funeral committee for the late Homabay Senator Mr. Otieno Kajwangâ€™ who was also the partyâ€™s chairman of Homabay Branch.
The committee to be chaired by Mathare Member of Parliament Mr. Steven Kariuki was formed during a meeting of the National Executive Committee (NEC) of the party held at the party headquarters at Orange House in Nairobi today.

Mr. Kariuki will be deputized by Mr. Rashid Mohammed who is the Chairman of the ODM Youth League while Ms. Beth Syengâ€™o (Chairperson of the ODM Women League) will be the secretary to the committee.
Other members are Senators Janet Ongâ€™era and Dr. Agnes Zani. Others are Members of Parliament Mr. Ababu Namwamba, Ms. Dennitah Ghati and National Assembly Minority Whip Mr. Thomas Mwadeghu and the Murangâ€™a ODM Chairman Mr. Mike Rubia as well as the partyâ€™s acting Executive Director Mr. Joshua Kawino.

The Committee will work closely with the one formed by the family of the late Sen. Kajwangâ€™ and the Senate Committee which is chaired by Deputy Speaker of the Senate Mr. Kembi Gitura.
Addressing the media after the NEC meeting, Mr. Kariuki said the party was saddened by the sudden death of Mr. Kajwangâ€™ whom he described as a dedicated member of the party and who was so passionate about the growth of ODM.

He said the party will remember him as an astute debater in parliament and good public speaker who always defended the party and a politician that stood for what was good for the society.
He said the Party and Senate Committees will liaise with the family on the date for the burial of the late Senator.
Endsâ€¦
20/11/2014