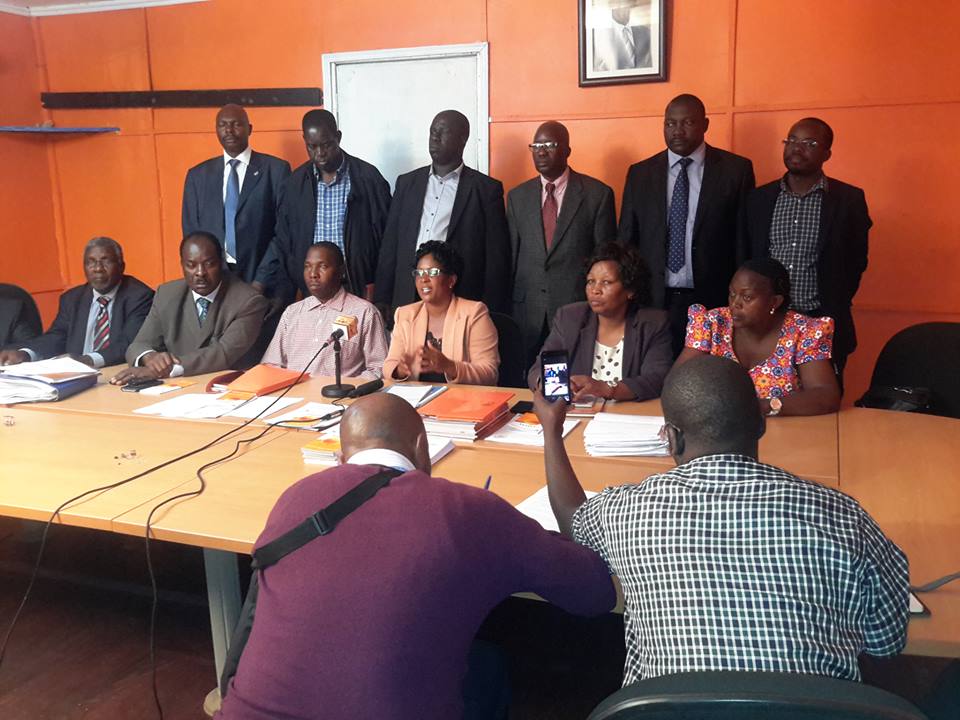 Here is summary profile of the the top ODM candidates for the Homa-Bay senate seat currently being shortlisted by the party National Elections Board chaired by Madam Pareno.

PHILIP OKUNDI:::::
1. Has been there all along and is in his 70’s. Comes with wisdom
2. He has previously chaired elections board.
3. Has sought gubernatorial seat unsuccessfully . Now changed to senate.
4. Has resources to burn.
5. Has massive investments most of which was made during his stellar career in Nyayo era .
6. Hails from Kochia which is home to women rep. This may count for or against him.
7. He is a good man just like the others.

SILAS JAKAKIMBA :::::
A.) Aged 32. Has been in ODM young democrats from 2006,was a founder member.
B.) Articulate and educated currently enrolled for a PhD in Law ad teaches law at the university of Nairobi
C.) Has set up various education initiatives in Mbita and Mfangano areas of Homa-Bay county
D.) Has been vocal on good governance issues for many years..
E.) Has strong national and international networks that can be harnessed and collaborate with Homa Bay county government for development purposes.
F.) Has a good working relationship with the governor of Homa-Bay, MPs and many other local leaders.
G.) Supports and commits to rally more support for Raila 2017 and has done it before in 2006.
H.) He is close to PM Raila and has endorsement of all Suba elders.
I.) Is self made and politics is part of his life unlike some who are there through tragedy/wealth or as part of retirement package.

MOSES KAJWANG::
1. Educated and comes from a known background politically.
2. Until the untimely demise of his brother,he was hardly known.
3. Has public support of Hon Kaluma Opondo MP homabay town
4. He is a young at 35 years

FRED RABONGO
1. Had the shortest stint as NSSF boss.
2. Successful businessman and man behind impulse promotions .with deep pockets.
3. He wanted to be governor but now turned to senate .
4. Considered a close confidant and financier of the late kajwang.
5. Has to outdo his village mate Moses kajwang for Waondo endorsement .
6. Since his quest his voice against injustice or bad laws has gone up.
7. Is fairly aged though has no track record of political involvement prior to this except funding The late Kajwang.

KAROLI OMONDI::::
1. Educated and relatively young advocate .
2. Has worked in the Moi, Kibaki/Raila government.
3. Very rich
4. Hails from Suba and able to engage soberly.
4. Is regarded as having made disparaging remarks about Raila quest for 2017.
5. Has not been vocal against bad governance issues in Kenya and is assumed to be comfortable with Uhuru Kenyatta regime

HILARY ALILA (to contest as an independent candidate)
1. Is an astute businessman with enough resources to campaign .
2. Born of a KNUT political juggernaut in the entire homabay /south nyanza.
3. Gave the late Kajwang a real scare for senate seat.
4. Humble and easy mingling person . Born and bred in homabay town. I must add that at sometime we stayed together(same town) in our earlier teen hood.
5. He is running as an independent candidate.
6. Has been in politics for long and since he is young, I consider him a natural politician just like Silas Chepkeres Jakakimba. Hilary Alila is definitely on the ballot but not ODM ticket