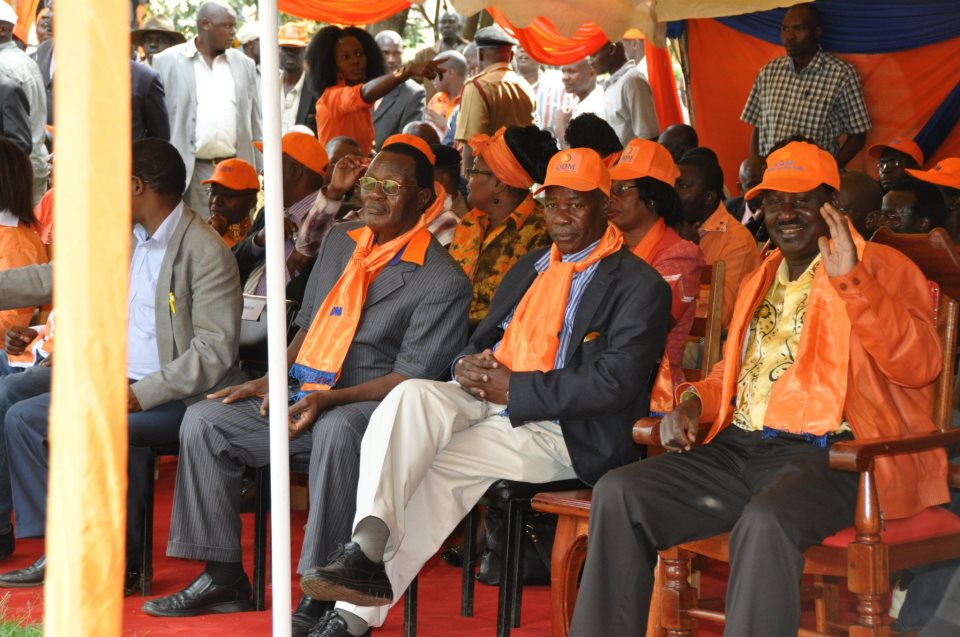 The ‘leaked’ line-up to the new ODM party leadership ahead of 2014 party elections is causing discomfort with “outsiders”, mostly comprising the party’s youthful base.

The Star Newspaper exclusively run a story which alleges that already the people Raila plans to work with for the 2017 elections have been identified.

Of the 27 positions up for grabs in the party’s February elections, some seem to have been filled already, only awaiting the formalities of usual party ritual – mock elections.

In the leaked list, Mombasa Governor Ali Hassan Joho will be the Deputy Party leader while Odinga retains the position.

Siaya senator James Orengo will be the new party Secretary General taking over from Prof Peter Anyang’ Nyong’o. The new Secretary General will be assisted by two deputies one of whom is the Mombasa MP Hon. Mishi Juma

Former Speaker Kenneth Marende is touted to be the next party Chairman, replacing Henry Kosgey who has since quit politics. Marende will also be deputised with two other party officials as vice-chairmen.

“The new look ODM will be unveiled early next year. What we are doing now is caucusing so that we go into elections to just confirm what we would have agreed on.Â  The final list will have the face of Kenya,” said an MP privy to the planned changes.

But the list is causing strictures among a cross section of ODM youth base who are now accusing those close to the PM of frustrating ‘free, transparent and credible’ party polls which can restore confidence in the party as a democractic institution ahead of 2017 elections.

Outspoken ODM youth leaders who wished not to be mentioned are silently protesting the sharing of positions without regard to those who have shown interest in joining the party ranks.

“It is back to ODM nominations. . .usual people, same politics,” said party youthful leader administrating one of the many ODM social media groups.

Others openly pointed at Raila as the major problem as he feels to comfortable working with the same old people rather than re-engineer a new team.

“It is patronage politics. It is sad Raila is doing this at a time his opponents are on his case; accusing him of double-speak and chicanery,” said another party supporter.

The new list also claims Nairobi Governor Evans Kidero will be accommodated as a second Deputy Party leader to reduce chances of him being ‘poached’ over by the Jubilee Alliance.

Hon Ababu Namwamba is reported to have declined taking any party leadership position with claims that he is buying his time waiting to join Deputy President William Ruto in Rift Valley-Western Alliance in 2017.