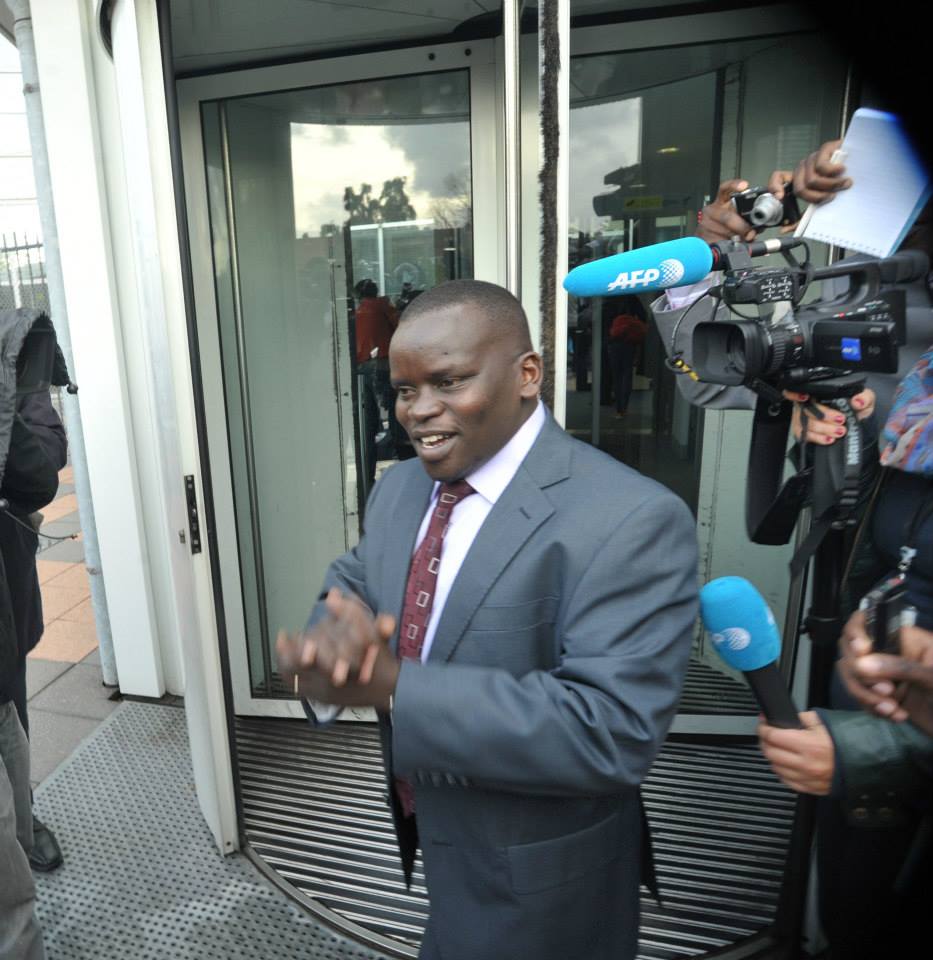 Did Ruto fix Sang through Katwa?

This is the marathon race (athletically speaking) question Kalenjins are asking themselves. Everywhere where more than 100 kalenjins can group and idle; from Moi University administration building in the institution’s main campus to North Rift Matatu Sacco, hushed tones are asking: Did Ruto fix Sang out of vendetta?
Legal fraternity was Wednesday bemoaning the utter setup lawyer Katwa Kigen exposed to his client Joshua arap Sang at the ICC . Katwa allowed Sang, the self-confessed shortest journalist in Kenya, to address the ICC Court and endanger his defence.
He did not stop the man whom the Prosecutor accuses of being the â€œvoice of violence in Rift Valleyâ€ over the 2008 post election period. Experts say Sang screwed up in his unmitigated and emotive harangue before the judges. Designed to appeal to the emotions of the judges and the prosecution, the plot backfired and left the prosecution baying for his blood.
â€œHe failed to dig into historical realities and exploit the philosophical grounding of the judges to make up his case. He had a whole year to prepare for this if he was determined to do it. He should not have attempted anything like it though,â€ an international law expert told this writer.
According this amicus curiae of the ICC, short man Sang should have known that appealing to his Christian background and training was bound to work against him and not the other way round.
He should have known that Christians in Europe burned people in stake, guillotined many pagans and caused untold suffering to generations of Caucasians in the middle ages.
â€œHe should have checked the religious background of those judges and avoided taking that line. He should have known he was addressing a world court of many faiths and the composition of the judges reflects this outlook,â€ she said. The Nigerian judge presiding over the case is a traditionalist whose great grandfather was the biggest ‘juju’ man of the Igbo clan. . .ahos! Chinekee!!
The lawyer says said historically, Christian faith is detested in Europe capitals, owing to millennia of pogroms and crusades of the dark ages; the kind of things presently working against Islamic faith.
â€œHis world view must be very narrow and that is why its hurting to know that his counsel did not guide him accordingly”.

He should have known that Christians in Europe burned people in stake, guillotined many pagans and caused untold suffering to generations of Caucasians in the middle ages.
Most recently in Rwanda, Christian leaders including priests were convicted for Genocide. Besides, mankind is known for his character of hypocrisy.

Sang also made statements which could be picked up by prosecution to nail him. Lawyers now say by saying he is a patron of church choir and churches, Sang aided the prosecutionâ€™s claim that he was influential at the time.
The shortest journalist in Kenya also lied to the court in other small ways but which could prove detrimental to him. He claimed to be the shortest journalist in Kenya yet there is no known competition to that effect.
â€œI donâ€™t think he is. I actually know another journalist who is shorter than him,â€ joked a social media tad in Nairobi, the hot seat of the court of public opinion from where Uhuru is already guilty and Ruto will be hanged.

Many legal scholars are convinced the venerable Katwa Kigen, who made his name and money defending Ruto as he pilfered the country from one scandal to another, may have known all these, but decided to let the ‘short man’ have his day in court.
Frilling I tell you.