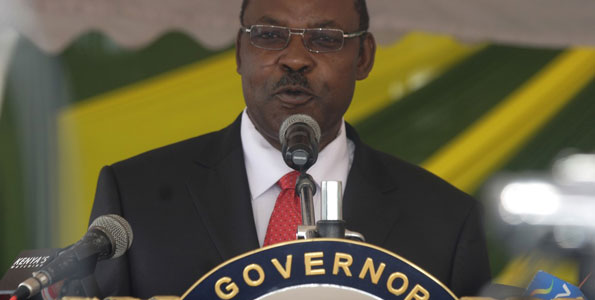 Kisumu Governor Jack Ranguma has ignored Ruth Odinga and slotted in his cronies and perennial political failures in the Kisumu County cabinet positions.

Mr Ranguma and Railaâ€™s sister Ruth Odinga have been in a tussle of who should be named for the County Executive Committee positions with Ms Odinga insisting on engaging technocrats to spur development in the lakeside region and not political losers.

However, after a week-long stand-off in naming the County cabinet, Mr Ranguma who has been accused of mismanagement in his past administrative positions decided to ignore her.

Mr Ranguma nominees, Rhoda Ahonobadha, Engineer Vincent Kodera and Dr Rose Kisia were terribly embarrassed by voters in the bungled ODM nominations that were held in March, ahead of the March 4 polls.

Omulo Okal who unsuccessfully vied in 2007 for the Muhoroni parliamentary seat after shambolic Prof Ayiecho Olweny stole his votes has been nominated as the executive member of County Treasury.

Omulo is a holder of Bachelors Degree in Business Management from the United States International University, with an MBA in Banking and Finance from Moi University.

Ahonobadha who was among Rangumaâ€™s competitors for the gubernatorial seat in the recently concluded general elections has been nominated as the Executive Member for Environment.

Dr Kisia who recently vied for women representative post in the county has been nominated as the Executive member of Commerce, Tourism and Heritage.

The inclusion of the politicians have elicited mixed reactions with residents among Kisumu residents.